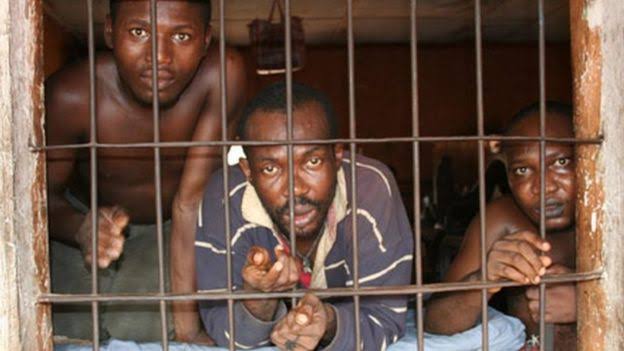 The defendants, who live at Bachirawa Quarters Kano, were remanded on Wednesday after they were charged with three-count of aiding, abeting and enticing a married woman.

The Prosecutor, Mr Aliyu Abideen, told the court that one Abubakar Ahmad of Fagge Quarters Kano, reported the matter at SCID Bompai Kano on Dec.22, 2022.

Abideen alleged that on the same date at about 4:00 p.m, the defendant criminally conspired and trespassed into the house of the complainant situated at Dorayi Quarters, Kano.

“As a result, the complainant discovered that the first defendant Saifullahi was enticing his wife and were chatting on WhatsApp.

Saifullahi pleaded not guilty, while the second and third defendant pleaded guilty to the charge.

He said that the offence contravened the Kano State Shari’a Law.

Malam Nura Yusuf-Ahmad ordered that the defendants be remanded in a Correctional Centre. He adjourned the matter until Feb.17, for hearing.

KanyiDaily had also reported how an Akwa-Ibom State lawmaker, Uduak Nseobota was remanded in prison for allegedly assaulting a married woman and forcing her to walk and dance naked in the public.

READ:  Four-Months-Old Baby Test Positive For Coronavirus In Kaduna After Her Father Came Back From Kano

Many passengers were left stranded on Friday when Abuja-Kaduna train derailed at Kubwa. It was gathered that the passenger train was...