A Federal High Court in Abuja has set aside its order for the interim forfeiture 40 landed properties belonging to a former deputy senate president, Ike Ekweremadu. 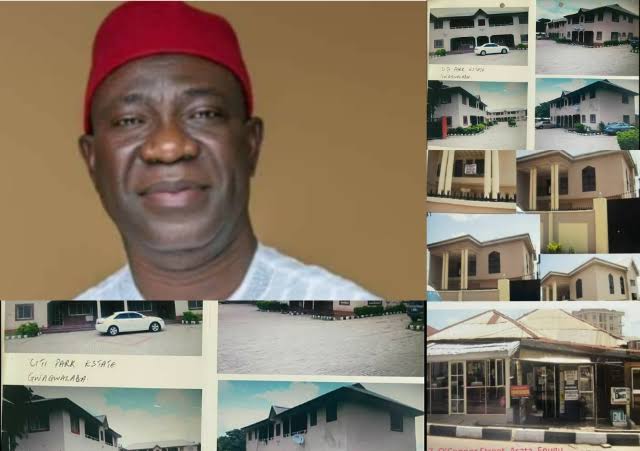 The EFCC had told the court that the landed properties, 10 of which are located in Enugu, three in the United States of America, USA, two in the United Kingdom, UK, one in Lagos, nine in Dubai, and 15 located in the Federal Capital Territory, are suspected to have been acquired with proceeds of crime.

Justice Ekwo, who granted EFCC’s ex-parte motion, also ordered the anti-graft agency to publish the forfeiture order in a national daily within seven days from the date it was given.

Ekweremadu’s son, Lloyd had filed a motion on notice marked: FHC/ABJ/CS/1242/2022 through his lawyer, Adegboyega Awomolo, praying the court for an order setting aside the interim forfeiture order.

In the motion predicated on four grounds, Llyod averred that the EFCC, in its ex-parte originating motion, “deliberately and fraudulently omitted very critical facts/evidence, which negate the granting of the application”.

He alleged that the EFCC wrote a letter to the London court that made the court refuse to admit his father to bail.

Among others, he alleged that the EFCC was fully aware that his father was in detention in London when the application for forfeiture of the properties was filed.

He said the anti-graft agency deliberately refused to disclose to the court that his father was in detention in the UK and would not be able to counter the forfeiture request.

He, therefore, prayed the court to set aside the forfeiture order and stay proceedings on the matter until his father’s ordeal in the UK is resolved.

Responding, the EFCC, through, Silvanus Tahir, its counsel, refuted the claim that it was responsible for Ekweremadu’s detention in the UK.

Tahir acknowledged that the agency wrote the UK court in response to a particular request, but claimed that sharing information that is advantageous to both parties is standard procedure for anti-corruption organisations across the globe.

EFCC said it was not opposed to Ekweremadu’s plea to halt the proceedings until he returned, but countered the bid to have the interim forfeiture order overturned.

But in the ruling on Friday, January 20, 2023, Justice Ekwo agreed with Llyod’s submissions and overturned the interim forfeiture order.

The judge said he had found that the application for forfeiture filed by the EFCC was not brought in good faith and ought to be struck out.

Justice Ekwo further held that the EFCC failed to disclose material facts a out the matter.

He said though the anti-graft agency knew the predicament of Ekweremadu and his wife in the United Kingdom (UK) and did not deny writing a letter to the Crown Prosecution Service in the UK to furnish them with information about the lawmaker, the EFCC still brought an application seeking an order for them to show cause on the assets to be forfeited.

He said though the anti-graft agency knew the predicament of Ekweremadu and his wife in the United Kingdom (UK) and did not deny writing a letter to the Crown Prosecution Service in the UK to furnish them with information about the lawmaker, the EFCC still brought an application seeking an order for them to show cause on the assets to be forfeited.

“I do not think that the desired objective of the legislature in enacting the provision of Section 17 of the Advance Fee Fraud and Other Related Offences Act (AFFOROA), 2006 relied upon by the respondent (EFCC) in initiating the proceeding to obtain an ex-parte order of interim forfeiture order was for the provision to be used in any circumstance where the person affected is not in a position to defend himself or show cause as required” he said.

He said that despite the fact that the ex-parte order in this case was obtained subject to the provision of Section 17 of the AFFROA 2006, the validity of the order and indeed the entire proceeding leading to the order would be affected by non-disclosure, suppression or misrepresentation of material facts.

The judge also disagreed with the EFCC that since the Ekweremadus had failed to filed application to show cause, the court should go ahead with the order for final forfeiture of the assets.

“I do not think that this position is correct. The requirement to file affidavit to show cause pursuant to S. 17 of the AFFOROA, 2006 will hold strong in a normal situation where the person required to do so is not fettered by any act, condition or situation that amounts to a deprivation of the right to show cause as required by law.

“In this case, the respondent (EFCC) wrote Exhibit SIE 2 (a letter) to the Crown Prosecution Service in the United Kingdom which letter was used as evidence to deny Senator Ike Ekweremadu bail in the criminal proceedings.

“At the same time, the respondent filed ex-parte application for interim forfeiture which upon order being made thereon required Senator Ike Ekweremadu and his wife to show cause in Nigeria why an order for final forfeiture ought not to be made.

“I have been asking myself the question repeatedly: How can a citizen of Nigeria who is incarcerated outside the country to the knowledge of the respondent, be expected to show cause in an action in Nigeria brought by the respondent?

“In other words, how do you help to tie down a man and initiate a fight and demand that the same man you have helped to tie down must defend himself?

“This in my opinion, is an unconscionable act. The act of the respondent clearly shows that this action was brought in bad faith.

“In law, bad faith entails dishonesty of belief or purpose,” the judge said.

According to him, on the whole, I find that the application for forfeiture, going by the facts of this case has not been brought in good faith and ought to be struck out.

He held that Ekweremadu’s son, Llyod,, had done the right thing by bringing an application to set aside the proceedings initiated in bad faith and suppression of material facts.

“Once more, this court needs to apply the test of reasonableness of the act of the respondent in initiating the proceeding leading to the interim forfeiture order.

“I have done so and found this applicant ex-parte wanting in that respect.
“Consequently, I make the following orders:

“An order is hereby made setting aside the interim forfeiture order of the properties of Senator Ike Ekweremadu and his companies made by this court on 4th day of November, 2022, upon the ex-parte Originating Motion filed by the Economic and Finance Crimes Commission (EFCC) on 27 July, 2022.

” The entire proceeding initiated by the respondent is hereby set aside,” Justice Ekwo declared. 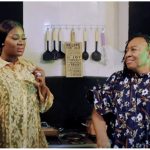 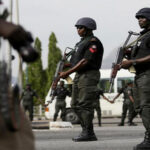