The Minister of Information and Culture, Lai Mohammed said that those criticizing the administration of President Muhammadu Buhari are ignorant. 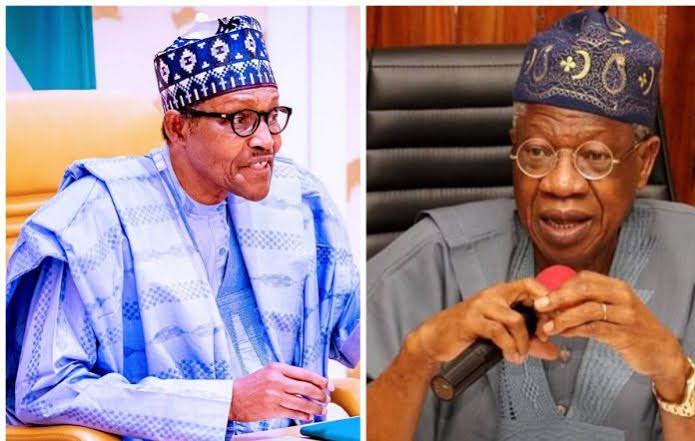 The minister spoke on Thursday while giving his opening remarks at the ongoing 18th edition of the PMB scorecard series.

According to him, the claims that Buhari has failed in economy are borne out of ignorance since infrastructure “is a key driver” for such development.

Mohammed insisted that the government has done well in the past eight years and as such, deserves another opportunity to further deliver dividends of democracy to Nigerians.

“Let me say that the Buhari Administration is ready to deliver another dividend of democracy to Nigerians. As you are aware, the much-ballyhooed Second Niger Bridge has been completed and will soon be commissioned. Well, I am happy to announce today that another highly-valuable bridge and road are ready for commissioning in the next few weeks.

“I am talking here of the 2.055km Loko-Oweto Bridge over River Benue and the 74-kilometre Nasarawa-Loko Road linking Nasarawa and Benue States. The road and the bridge are a game changer and economy-booster for the two states in particular and the nation in general.

READ:  DSS Operatives Tried To Save Deborah Samuel But Overpowered By Mob – Tambuwal

“Let me illustrate this further with the Nasarawa-Loko Road and the Loko-Oweto Bridge.

“These infrastructures alone have cut the journey from the Eastern part of the country to Abuja by three hours! Travellers coming from Enugu to Abuja today, who have no business in Lafia, can come straight to Abuja via Keffi, thereby saving three hours as a result of the completion of this bridge and its access road.

“Also, the 74-kilometre road linking Loko to Keffi used to take about 3 hours because it was an earth road. Today, however, with the completion of the road, the same journey takes only 30 minutes. With the saying that time is money, you can then imagine the economic implication of the time saved.

“Secondly, the road and the bridge projects came with the electrification of the communities around there. The provision of electricity means more economic activities for the people and, of course, more jobs.

“Thirdly, the communities traversed by these facilities, which are agrarian and fishing communities, have received economic boost and reduction in waste as they can more easily evacuate their products and also preserve them.

“And lastly, the communities, now provided with better access through the road and the bridge, are witnessing an increase in mining activities, farming, fishing, trading, etc. The Nasarawa-Loko Road and the Loko-Oweto Bridge are clear testimonies to the role of infrastructure in economic and social development.

“Through its massive infrastructure development that cuts across the entire country, the Buhari Administration is building, block by block, a new Nigeria, fostering economic and social development and catalysing shared prosperity. With the Nasarawa-Loko Road and the Loko-Oweto Bridge completed, another legacy of the Buhari Administration is assured”.