The Economic and Financial Crimes Commission (EFCC) says twenty-six bidders on Wednesday, emerged winners of different properties on the third day of the ongoing sale of forfeited real estate comprising apartments and plots of land by the commission. 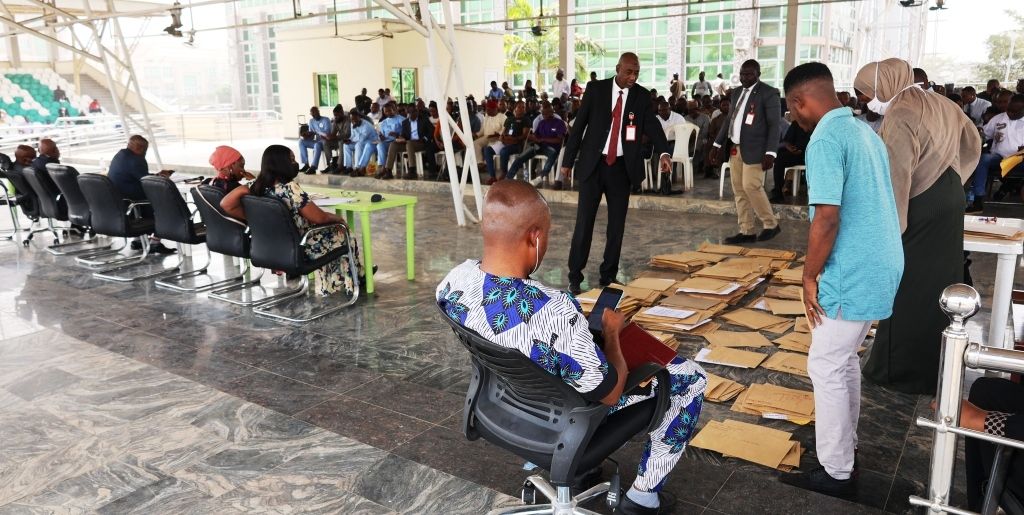 The EFCC stated this in a statement issued on Thursday afternoon by its Spokesman, Wilson Uwujaren.

At the session, a total of 39 properties in Lot 5, located in different parts of the Federal Capital Territory, were offered for sale through a competitive bidding process. The exercise which commenced at 10 am continued until 8.30 pm.

At the end of the exercise, a total of 26 bids were successful, while 13 properties were not taken either for non-compliance with the guidelines or the highest bid falling short of the reserve price or due to a tie as was the case in respect of the property listed as number 33 in the Lot, were re-opened to fresh bids until Monday, 16 January 2023 when the bids will be opened. Other properties affected by this fresh bid offer are listed as numbers: 1, 3, 4,5,6,10,15, 18,29,30,31, and 34 in Lot 5.

The Executive Chairman, of EFCC, Abdulrasheed Bawa who witnessed the exercise, expressed excitement at the well-organised and coordinated event, thanking the bidders for their cooperation.

“The process we are adopting is what is practiced across the world. We had Valuers who valued the properties and we already know the worth of each property we expect to sell to the highest bidder who exceeds our reserve price because we need to raise money for the Federal Government to execute and complete some of the major infrastructure projects across the country. We got feedback from people who are asking why we are not doing it online so that more people can participate. We have tried all of that and it is now left for us to use discretion to work with methods that will help the process to be more transparent for every Nigerian to see,” he said.

One of the bid winners, Chetanna Chukwudo commended the commission for a job well done and urged it to keep up with the good work as Nigerians expect a lot from her.

“I am happy today because it feels good to be a winner, nobody wants to lose. The process was thorough and transparent but in the end, we won. I want to say well done to the organizers,“ he said.

In other news, Kanyi Daily reported that Doyin Okupe, who recently resigned as the Director-General of the Labour Party (LP)  Presidential Campaign Council, has been reportedly arrested by the Department of State Services (DSS) at the Muritala Mohammed International Airport, Lagos.

One of his lawyers, Tolu Babaleye, disclosed this on Facebook on Thursday.

He was however released by the EFCC after his earlier arrestt by the DSS.

READ:  Flood Kills Lady On Her Way To Meet Makeup Artist Ahead Of Tomorrow's Wedding In Kaduna