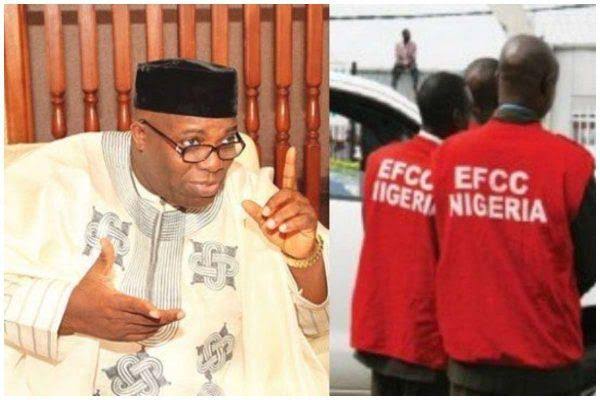 KanyiDaily recalls that the former presidential aide was arrested by the Department of State Services (DSS) at the Muritala Mohammed International Airport in Lagos on Thursday morning, January 12, 2023.

Okupe’s lawyers, Tolu Babaleye who confirmed the incident, said the LP chieftain was on his way to London when he was arrested.

According to him, the DSS asked Okupe to provide court processes where he paid the fine option following his money laundering conviction by the Federal High Court in Abuja.

The DSS spokesman, Peter Afunanya in a statement on Thursday morning, said Okupe was handed over to the EFCC.

Taking to his Twitter page on Thursday, the LP chieftain confirmed that he was arrested at the Lagos Airport when he wanted to catch a flight for a medical trip overseas.

Okupe, however, noted that he released a few hours after his arrest and EFCC senior officials “apologised” to him for “the error”.

He wrote, “I was arrested and detained at the Murtala Mohammed International Airport, Lagos this morning, January 12, on my way to the UK for medicals, years after my passport was withheld by the FHC, Abuja.

“I just left the EFCC office where the senior and younger officers in Lagos and Abuja apologised to me for the error. OCCUPATIONAL HAZZARD abi?”

I was arrested & detained @ the MMIA, Lagos this morning, 12th Jan on my way to UK for medicals; years after my passport had been withheld by the FHC Abuja.
I just left the EFCC office where Snr Officers in Lagos & Abuja appologised to me for the error.

KanyiDaily recalls that Doyin Okupe was the director-general of Peter Obi’s presidential campaign, but resigned last December after a court in Abuja found him guilty of money laundering charges.