The Nigeria Police Force has summoned an On-Air-Personality (OAP), Kayode Oladotun, popularly known as Do2tun, following several allegations made against him by his estranged wife, Omotayo. 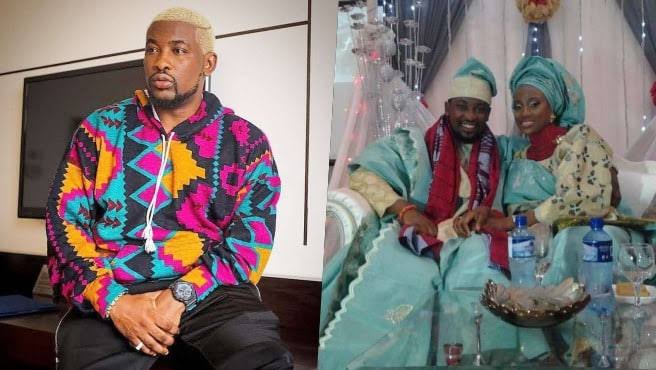 It was gathered that the OAP was summoned over an ongoing investigation bordering on alleged unlawful entry, malicious damage to property, criminal trespass and illegal use of police officers against his estranged wife.

According to Punch, the Force Criminal Investigation Department expects the presence of the OAP for an interview concerning the allegations at exactly 11:00 am on Monday, January 16, 2023.

The document reads, “This is to formally invite you in respect of an ongoing investigation at the SWAT/FCIID, Abuja on Monday, January 16, 2023, at 11:00 am for an interview with the Commissioner of Police, through DSP Umar Ubali.

“Kindly call this phone number on your arrival. Thank you as we appreciate your cooperation.”

When contacted for confirmation, DSP Ubali, said, “Yes, the document you obtained is correct. We have invited Oladotun over an ongoing investigation into the December 14, 2022 petition against him which was written to the FCIID.”

It was gathered that Omotayo, estranged wife to Do2dtun, has filed for divorce over alleged forced abortion, domestic violence and emotional abuse.

Do2dtun and Omotayo got married in 2013 and had two children together before their split.

Meanwhile, Nigerian singer, Barry Jhay, who claimed he was the first artiste that ever signed to Kizz Daniel‘s Flyboy Inc, has revealed how Davido saved him from the illegal record label deal.

“Why Do Adults Get Involved In Drug Abuse After Seeing What It Did To Others?” – BBNaija’s Alex Asks

Anti-Igbo Comment: Brymo Apologises, Tells His Side Of Story