Nollywood Actress, Nkiru Sylvanus has finally tied the knot traditionally with her partner in her hometown in Imo State. 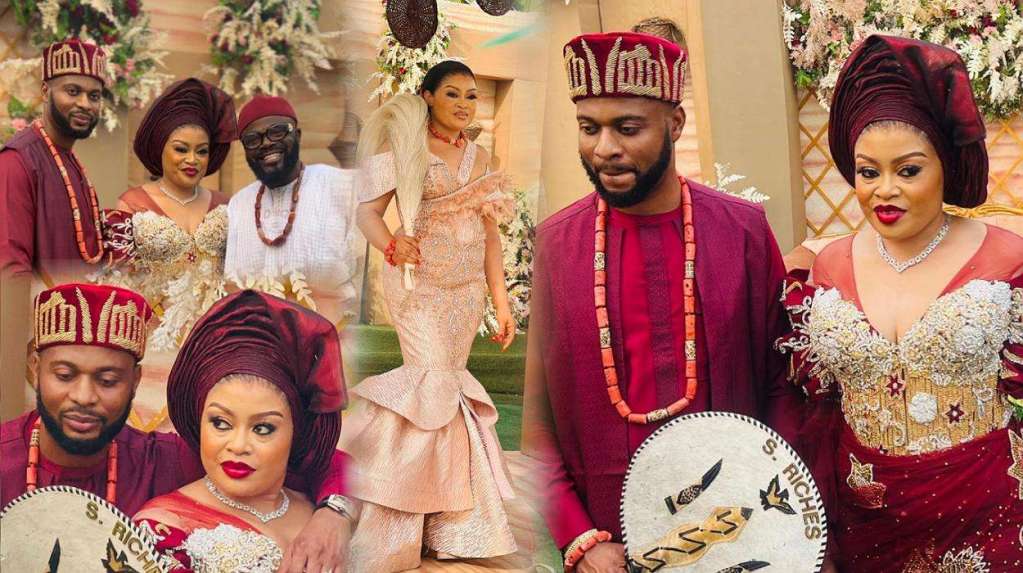 KanyiDaily recalls that in December, the actress announced her engagement via her Instagram page where she shared a picture of her engagement ring with the caption, “It is what it is.”

Nkiru made headlines after she concealed the face of her fiance in the pre-wedding photos she shared on her Instagram page on Wednesday, January 11, 2023.

The actress held her traditional marriage in her hometown on Thursday, and the wedding was attended by the family and friends of the movie star.

The event’s MC, MC Longinus Anokwute, popularly known as Chief Imo, revealed the groom’s face after it had previously been concealed from the public’s view.

Sharing the photos and videos on Instagram, Chief Imo stated that love is a beautiful thing and that the celebration ended with such delight as he described the traditional wedding.

See the photos and videos below:

The traditional wedding of Nollywood Actress, Nkiru Sylvanus and her man held yesterday Thursday, January 12 at her family house. The event was graced by her family, friends, Colleagues and well wishers. pic.twitter.com/hOPI3dT2Ul

ALSO READ: My Wife Thought I Engaged In Fraud When I Received My First N1million – Comedian Ali Baba