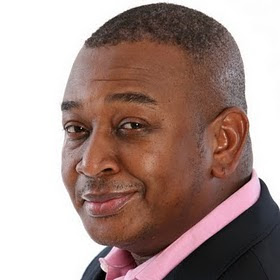 As has been widely reported I was involved in an altercation with a work colleague during the week. (read it HERE) I am deeply regretful of what transpired and have taken full responsibility for my actions. I have privately apologized to my colleague, the team that I work with and I am taking this opportunity to apologize to the public at large.

As humans we all make mistakes and I made a major one which is completely out of character. I over reacted to a situation and that is something that will never repeat itself. Despite being at the centre of a media feeding frenzy, I’ve been silent in order to allow the organization, to which I’m affiliated with and at who’s premises the incident occurred, to carry out its investigations and come to a conclusion but most importantly to allow the aggrieved party (Mr. Adewunmi Oyekanmi) time to accept my heartfelt apology.

While the events have been distorted, I am very apologetic about the situation but picking holes in the media reports or pointing out the falsehoods will not be useful, however, any kind of loss of control is not excusable and I have since tendered an unreserved apology to ‘Dewunmi. I have always preached against violence and so this is a time for some reflection. Again, I apologize and I thank ‘Dewunmi for accepting my apology.

For more than 20years now, I’ve operated in the Electronic media sector without a blemish but by this action, I have let myself down and most importantly I’ve let Family, Friends and the millions of people who look up to me, down.”

To those who have been clamoring for my response, I thank you for your patience and understanding.

Thank you very much and God Bless.