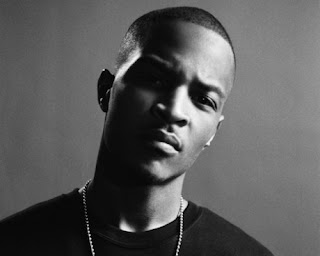 US rapper T.I who was recently released from prison after serving 11 months was back in federal custody on Thursday, September 1, 2011 after an issue over his ‘use of a luxury bus to report to a halfway house’, his lawyer said.
T.I’s lawyer Steve Sadow told The Associated Press that the Federal Bureau of Prisons moved T.I to another facility because there was an issue involving the Riverdale, Georgia born rapper’s trip from the Arkansas Prison to Atlanta.
‘There appears to be confusion surrounding the method of transportation’, Sadow said
The exact nature of the problem Federal authorities had was not elaborated on but it wasn’t drug related.
Spokeswoman for the Federal Bureau of Prisons, Traci Billingsley told The Associated Press she couldn’t on the rapper’s present condition nor his ‘immediate whereabouts’.
T.I real name Clifford Harris was arrested in 2009 for trying to buy unregistered guns and silencers from undercover federal agents and served 9 months in prison. He was put on probation after his release only to be picked in 2010 for possession of ecstasy pills.

After his release on Wednesday, August 31, 2011 the rapper had commenced on a reality on post-prison reality show on VH1 to ‘advise people not go down the same path he took growing up’
The rapper has released seven albums in his career and received three Grammy Awards.

‘My Experience With ‘The Stalker’ For 6 Years’ – Omowunmi Akinnifesi