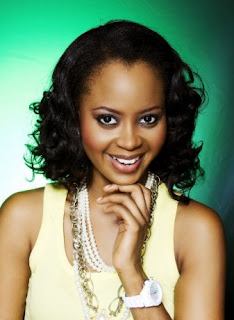 Funny but I am not laughing
His name is……..yep I know his name, his full name. I have heard it so many times when I finally decide to pick up an unknown number after dodging the calls that show his caller identification. Numbers I have come to store on my phone over and over again. I have about six of his numbers and for a while that saved me from speaking to him. Well that was only until he got a new number off course.

It all started in 2005, after I won the Most Beautiful girl in Nigeria Pageant. I granted an interview with a popular newspaper in Nigeria where I was asked who my role model was at the time and I mentioned Oprah Winfrey. Little did I know that Oprah was going to get me into trouble?

My phone rang early January 2006 and it was the voice of a man, possibly in his late 30s or early 40s. His voice was coarse and suspicious. Innocently I said ‘Hello‘ and this marked the beginning of the terror. ‘Am I speaking to Omowunmi Akinnifesi?’ he asked. ‘Yes‘ I replied without a hint of fear. ‘How are you?‘ He asked again. ‘I am fine thank you. Whom am I speaking to?‘ I asked. ‘This is…… I admire you and I think you are the most beautiful girl I have ever seen. You are charming and extremely sexy how can I meet you? I know you like Oprah Winfrey. I can introduce you to her, she is a very good friend‘ he said.

The first thing that came to my mind was huh! Who ever said I wanted to meet Oprah? I tried to imagine the voice I was hearing over the phone talk to Oprah, and laughed……naaa not a good match. Don’t think Oprah will know this one, I thought jokingly in my head.

To be honest I cannot remember the whole conversation but I remember trying to get off the phone as fast as possible by saying ‘ok thank you thank you‘. And since that day this man has been calling my phone non-stop. At first I thought it was just a fan, just someone that liked and appreciated me (which I am always completely grateful for). But I knew something was wrong was when he called me twice a day everyday for one week, asking me to come for different events. Today he was lunching his foundation; tomorrow it was a fashion line. How many events can a man have in one week? I asked myself. And then I thought, this is definitely not normal.

Dodging his calls, he started calling forcefully. My phone rang thirty times in a day continuously (And nope, I am not exaggerating). This was it, this was the beginning of my paranoia

It became so bad that one-day he decided to show up at the Silverbird head office in Lekki Lagos. I had an interview that morning with a magazine and I have no idea how he knew I was going to be there. As I entered the office I remember seeing this person wearing a pair of glasses, sitting down and staring at me like he had just seen a ghost. I walked in wondering who that was and just then, I received his call. Luckily I had saved that very number he was calling me with that day, amongst other numbers he owned that I had saved. As usual I did not pick, but he sent me a text message that read, ‘I am at the Silverbird reception waiting for you‘. I shrunk on my seat and immediately alerted my chaperon. She immediately went out to my rescue and would you believe this? The man had to be carried out of the office because he refused to leave till he saw me.

Well luckily that was the first and last time I set my eyes on him. Since then his calls began to fluctuate from three times a week, to once in a month. Then just when I think he is gone into thin air, after 3months, he begins to call again everyday for the next six weeks. I will scream, ‘Please never call me again’ and even tell my male friends to act as my boyfriend or even my husband, yet he was persistent. Saying things like ‘lets get married, you will have my kids. Omowunmi when are we seeing? We need to be together‘. Now if this was a boyfriend, won’t every woman feel loved and adored? (Like he actually calls), but this was a total stranger calling every month in every year until 2011 when I stopped hearing from him. I even changed my phone number a couple of times, but somehow, he still got that number.

In 2011 he called once or twice and i totally ignored them. Little did I know what Sunday the 21st of August had in store for me?

I decided to attend church with my sister that wonderful morning. We had arrived a little late and made an entrance to the front row of the Church (which were the only seats available). Just as the service was over, I made my exit out of the Church. Unfortunately for me, this man had been seating on the row right next to that exit. Did he know that was my preferred way out of the Church? I am not sure if he did, but I still wonder why he was not sitting on any of the other two exits of at that church.
He got up right in front of me and said ‘hello Omowunmi my name is…….its been a while. I have been meaning to give you something. Take this letter‘. I froze and almost had a heart attack when he said his name; a name I had heard being introduced to me a thousand times over the phone. I started walking the fastest way I could and he caught up with me. My sister, who was walking ahead of me, was already long gone. She did not even bother to check if I was behind her because she knows how fast a walker I am as well. Frightened, I was desperate for her to come to my rescue. I finally found her and he kept following and sneaking up on us until we entered our car and drove away; and believe me, we did this as fast as we could. No jokes. Even my sister was in shock. I mean we had seen this in the movies but I never imagined it becoming my reality.

On Wednesday he called me again and I just could not help it but to ask what to do on Twitter. Some people said I should file a complaint with the police, some said its an obsessive compulsion disorder and that I should play safe, while some offered to ‘organize for him’ (hilarious). Well my family and I are trying to handle this and we will see how it goes. I hope he is reading this and realizing how much damage he is causing?

Stalkers are actually real. I love my fans and I am humbled when people reach out to me about how much I inspire them but this is just extreme. Please don’t get me wrong, call me, text me, tweet me and become my best friend on Facebook, I love and I appreciate the gestures.
Just don’t become THE STALKER
*Akinnifesi is a one time winner of the Most Beautiful Girl in Nigeria beauty pageant.