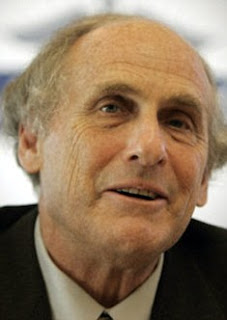 New York scientist working on a cure
for cancer
today won the Nobel prize for medicine – only for the committee to
discover he had tragically died of the disease just three days ago.

Ralph Steinman, 68, had been
treating himself with a groundbreaking therapy based on his own research into
the body’s immune system but died on Friday after a four-year battle with
pancreatic cancer.

The Nobel committee at Sweden’s Karolinska
Institute said it was aware of
Steinman’s death – but it appeared that it had not known before making its
announcement.