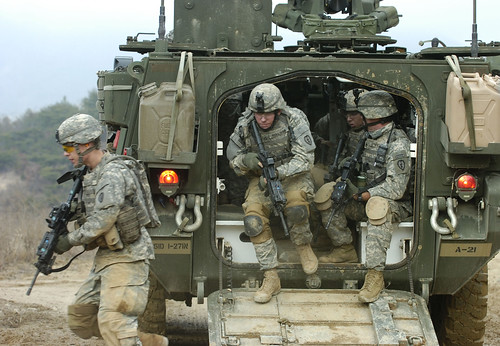 There are strong indications that the United States of America, USA, may be gearing up for a possible balkanisation of the country following developments in the last few years.
This indication is contained in a publication credited to NEWSRESCUE in America, where accounts of an article written by Director of the African Security Research Project in Washington, DC and Guest Columnist of AllAfrica Global Media, Mr. Daniel Volman and speakers in an AFRICOM conference held at Fort McNair were given.

It would be recalled that in 2005, the US predicted that Nigeria would cease to be a nation state in 2015 in view of threats posed by continued ethno-religious crisis over the years. Similarly, the United States military had, in May 2008, conducted a war games test called Unified Quest 2008, to ascertain how its military might respond to a war in parts of Africa with a mention of Nigeria.

Also, the question of how to handle possible splits between factions within the Nigerian government was tested with a plan by the Americans to send about 20,000 troops to secure and take over the oil-rich South while the North would be turned into an Arab aligned, possibly terrorist enclave.
Recent developments in the polity, namely the post-election violence up country, the activities of militants in the South and the recent activities of the Islamic Boko Haram sect in a spate of terrorism-like bomb attacks may have laid strong credence to the claim.

Indications are that the US will favour a disintegration of the country given Nigeria’s not too distant past romance with countries considered not to be allies of the self-acclaimed world super power.
The Nigerian government had not long ago signed deals with Russia and Iran for major resource, military and power (Nuclear generation) mutual ventures. This alliance did not go down well with the US as these nations are considered perpetual enemies. In addition, Nigeria has been promoting development, not by serving US interest but by cooperation’s with so-called third world Nations like Brazil.

The US has been known to be at the center of important breakups in the past. Countries like Vietnam and Korea had the US play a major skewed role, and when these Nations divided into North and South, the US stationed its troops at the border to defend usually the Southern territory, and the Northern usually became a rejected, isolated rudiment.

It would also be recalled that in the 2010 budget, the US had made provision for the expansion of the operations of United States Africa Command (AFRICOM), which will provide increased security assistance to repressive regimes in Nigeria, Niger, Chad, and the Democratic Republic of Congo (DRC) and key US allies such as Ethiopia, Kenya, Djibouti, Rwanda and Uganda.
This is even as in 2009, Nigeria’s late President, Umaru Musa Yar’Adua, clearly rejected the installation of US AFRICOM military command in Nigeria, probably sensing that the Pentagon had planned to establish a new military command in Africa.