Residents
of Agboku, a community in the Ado -Odo Local Government area of Ogun State were
thrown into confusion and pandemonium on Thursday, 13th April , when news
filtered out about the kidnap of a 70- year-old-woman, madam Aduke Karimu
Sawo.  The kidnappers were believed to be money ritualists. But what
alarmed people of Agboku was that they were allegedly sent by Pastor Rafiu Sawo,
the biological son of the woman. Born a Muslim 35 years ago, Rafiu Sawo
is now a Christian and was the founder of Celestial Church of Christ, [Oke itura
Parish,] Owode, Ogun state, which he shepherds.

The old woman was
reportedly kidnapped and taken far away on a chartered motorcycle popularly
called Okada to a thick forest, near Ayede village where her throat was slashed
with knife. Taken for dead, she was then covered with raffia leaves and dumped
by the bush path. Her assailants thereafter took leave of ‘the corpse’ to put a
call across to Pastor Sawo to come over and sever the head as required for the
money ritual . Unknown to them, Madam Aduke was still alive and she escaped to
safely before they came for her.

Recounting her ordeals and narrow escape
, she told our reporter in a private clinic at Ado Odo, where she is still
recuperating, that it was God that saved her.

Telling her
strange-but-true story, she said: “My name is Aduke, my husband’s name is Sawo,
now late. I am about seventy years old. I have five children, namely, Wahab,
Silifat, Iyabode, Rashidat, and the one in question now is Rafiu. Since my
husband passed on, I have been charged with the responsibility of sending then
to school and looking after their welfare.

I suffered untold hardships
and did all kinds of odd jobs to take care of myself and the children before old
ages started catching up with me.”

Madam Aduke, who looked frail on the
hospital stretcher stated further that, “some times I fetched water from the
Ado-Odo streams to houses for a token in order to make ends meet. Also, I sold
different herbs cut in the bush. My other children are contend with this simple
life and they assist me in my old age, Rafiu, who is the fourth in the family
has always been the black sheep among them all. Like the prodigal son, Rafiu ran
away to Ajangbadi, in the outskirts of Lagos where he stayed for close to three
years, in the company of some friends of questionable character. I warned him to
avoid the company of all bad friends to no avail.”

“Last week, we were planning for a
burial ceremony. I was here in Ado-Odo with one of my daughters who had just
fiven birth to a set of twins. Rafiu came ere in the company of some of his
friends. He tola me that they were planning to offer a sacrifice to appease the
gods of the land in Agboku to avoid the untimely death of my children.

I did not know that he had planned
with his friends to kill me for money making ritual. He had already instructed
the Okada man to drive me to the specific area where I would be killed. He rode
hurriedly and dangerously. Along Agboku bush, I was told to say my last prayer.
I was further told that that was going to be my last day on earth. The Okada man
said he had instruction to cut off my head to better the financial condition of
my son, Rafiu and others.

And before I could say anything, he had
pushed me down from the bike, drawn up a sharp dagger and slashed my throat.
Because he was in a hurry he slashed it half way. I lay face down on the floor
and pretended that I had died as blood gushed out of my neck. He started making
desperate calls to Rafiu to come and cut off my head.

When I saw that he had left to pick Rafiu, I
managed to stand up and staggered away to the nearby village where I begged some
people to save my life. They brought me here where I am presently receiving
treatment.”

Speaking with the Nigeria Compass on Saturday, the Nurse in
charge of the clinic said, “Initially I was reluctant to admit the woman because
of the problems of these Egun speaking people around here. I changed my mmd
later because of her condition and the need to assist a fellow being. She is
presently on antibiotics and she is responding well to treatment. The Divisional
Police Officer in charge of the Divisional Police Station Ado-Odo, one Mr.
Adesina confirmed that the case was reported at the division but told our
reporter that the information about the whereabouts of the suspect was still
sketchy while investigations were still on going.

In a related
development, Mr. Shakirudeen Liasu, 42, a palm kernel dealer, also narrated how
he was kidnapped by another group on February 21st- *””‘ at Igemu village.

Narrating his experience, he said that, “On February 21* at about 400pm
in Igemu village, two hefty men, Azeez [a.k.a. Ishan], and Muyideen [aka Sayee]
accosted me inside the bush and demanded for the union Identification Cards.
Muyideen specifically accused me that I am strong headed because I did not
register as a member with the Palm Kernel Association in Ado Odo.

I was
told that the day I was kidnapped would be my last day on earth. They started
hitting me with iron rod. I told them that I did not need to register under any
association to go about my business, since I had registered with the Ministry of
Trade and Commerce, Abeokuta since 2008 and I have a Certificate of Registration
to show for it. I argued in vain, that I did not have to be under another local
association.”

Liasu speaking further on his experience said, “Later, they
carried me on top of a Bajaj motor cycle to a thick bush at Idolehin village”.
Liasu is pointing accusing finger one Adebisi Ajiboye as the mastermind of the
kidnap. The matter was also reported at the Divisional Police station, Ado-Odo
and the case is being handled by an Investigating Police Officer (IPO) simply
calledDotun.

Adebisi Ajiboye, the chairman Pam Kernel Association, was
later arrested on 21st of February at about 10am in Idolehin village. He was
charged to a Magistrate court in Ilaro, on a four -count- charge. The charge
Nos. MAO/7/2012 reads that, Adebisi Ajiboye and others at large on 21s1 February
at about 10 a:m at Idolehin village, within Ado Odo magistrate district
conspired with others now at large to deprive Mr. Shakiru Liasu his liberty and
thereby commit felony, an offence contrary to and punishable under section516 of
the state criminal code cap 29 vol. 11 review laws of Ogun state
2006.
Horror, killings and lawlessness are endless in Ado—Ado . On
Saturday,Decemberll, at about 2:10

pnij the head of a farming settlement, Chief
Waheed Mustafer met his untimely death in the hands of some hoodlums. In another
development, one Princess Muinat Olufunmi Alagbe, also narrated how some bitter
pills were forced down her throat by some Egun speaking people. A lawyer in the
area, Barrister Wale Alagbe, told the Nigeria Compass on Saturday that there was
the urgent need by the state government and security agencies to move in and rid
the place of criminals, who he said are mostly Egun farmhands and peasant
farmers.

Ado-Ado is a rustic and sleepy ancient city in Ado—Odo / Ota
local fovernment area of Ogun state. It is ordered by four major commercial
cities. In the north is Sango town, In the south, Owode Yewa town, in the
eastern side, by Ota town and in the South, by Idiroko border. 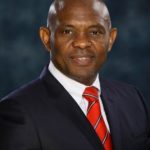