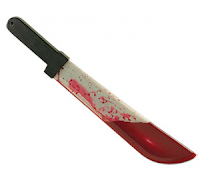 An 11-year-old boy, Onyebuchi Eze, who witnessed how his mother was gruesomely murdered by his father has relived the bizarre incident. Mr Sunday
Eze Jnr. killed his wife, Anthonia, on Tuesday night, leaving residents
of Agbani Village on the outskirts of Nsukka Urban in Enugu State
bewildered.

The killer husband, It was gathered, fled and hid in
the jungle between his village and Obimo community in Nsukka Local
Government Area after the dastardly act. Onyebuchi, the only
child of his parents, was traced to his uncle’s house, Alex, where he
took refuge after witnessing the murder of his mother during a disagreement over what the boy described as a flimsy issue….continue reading

He
recounted the incident, speaking in low tone, apparently traumatized:
“My father has been exhibiting some strange behaviours, which made him
to regret actions he took on some matters in the end.

“My father has a mental problem and exhibits it at times. He regrets certain actions he takes, when it is too late.

“On the fateful night, he had a quarrel with my mother over a small issue and my father reached out for his machete and started dealing cuts on my mother. I tried to stop him, but could not. So, he cut mummy all over her body, head, leg, hand and everywhere.

“I was very afraid but daddy took me along after he finished and we hid in the farmland near our house.

“After some time in the bush, he told me to run to his senior brother’s house and tell him what happened.

“I obeyed and that is why I am here.

“I am 11 years old and a pupil of Model Primary School, Nsukka Urban and in primary five.”

Onyebuchi
said his father attempted to commit suicide while they were hiding in
the farmland, using a spanner to slash his throat.

A search party
initiated by a community leader, Chief Ejike Onah alias Papa Nsukka,
fished out the killer husband, after an intensive manhunt that lasted
for over 30 hours.

The suspect, Eze, said that his wife was
responsible for his mental problem and that she died during a scuffle on
the fateful night.

“I was told by a diviner that my wife had a hand in my mental problem, which causes me internal heat at intervals,” he said.

Meanwhile, Eze has been handed over to the police.

He is being held at the Nsukka Police Station. 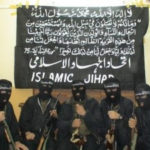 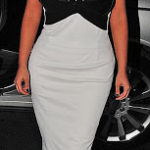