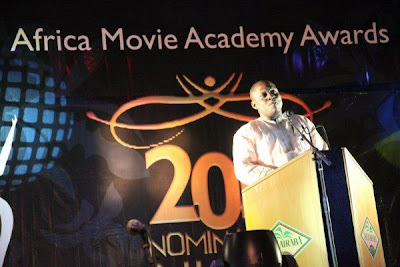 Nonetheless, tongues have continued to wag concerning the
obvious absence of some of Nollywood A-list actors and actresses at the
star-studded event that had Hollywood big names like Emmy winner and Golden
Globe nominee Lynn Whitfield (The Josephine Baker Story and Without a Trace),
Morris Chestnut (American Horror Story, Boyz in the Hood); Rockmond Dunbar
(Prison Break, Sons of Anarchy) and Maya Gilbert (General Hospital, Days of Our
Lives) in attendance.

Before now, there have been rumour that Omotola would not
attend the event, owing to controversies surrounding her nomination under Best
Supporting Actress category, which squealers claimed was below her status.

They also pointed out that, in the film she got the nomination from,
“Ties That Bind”, she played a leading character as against the supporting role
she was nominated for.

However, the absence of the likes of Genevieve,
Ini Edo, Emem Isong and Monalisa Chinda were not unconnected with Stephanie’s
wedding which they attended a day before the award night.

Calabar monarch chased out of palace