The authorities of Igbinedion University,
Okada in Edo, said on Monday that a quarrel over a female student by
two rival groups sparked Sunday’s clash at the institution. The authorities, however, denied that any student was beheaded.
The Vice-Chancellor of the university, Prof. Eghosa Osaghea, who made the disclosure while speaking with journalists at Okada, confirmed that six students were injured during the fracas.
Osaghae, who said preliminary
investigation revealed that a female student was at the centre of the
quarrel between the warring groups in the institution, also denied media
reports that there were sporadic shootings on campus during the clash….The picture of the beheaded student when you continue.

He said that the state Commissioner of
Police, Olayinka Balogun, immediately visited the institution to assess
the situation and found that the situation was already under control.
“The fact of the matter is that in the early hours of Sunday, there was a misunderstanding among students following the damage to the vehicle of one of them outside the university campus in Okada town.
“This unfortunately elicited unwarranted reprisal that involved damage to other vehicles by the aggrieved students and friends.
“Both actions ended up in agitation and skirmishes, but thankfully no life was lost.
“We gathered it was a boyfriend and girlfriend issues. It was a retaliatory attack.’’
Osaghae said that the injured students had been treated and discharged.
He said that contrary to media
reports, those undergoing training at the institution were not
ex-militants, but youths from the Niger Delta region sponsored under the
Youth Empowerment Programme in the Niger Delta Masterplan.
The vice chancellor said that those referred to as ex-militants were normal students of the institution who were being paid by the Federal Government. (NAN) 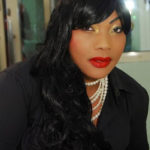