It has confirmed that James Ibori, the convicted former governor of Delta State, has been transferred to a maximum-security prison, the Worcestershire Long Lartin Prison outside London.
UK prison officials in the United Kingdom confirmed the transfer  but said they could not tell what informed the move. “Yes, Mr. Ibori is now serving his prison term in the Long Lartin prison in Worcestershire,” said an official of the UK prisons.
The maximum-security prison houses terrorists, rapists, drug barons and other violent criminals. A recent report in The Guardian, a major UK newspaper, portrayed the prison as a rough, lawless facility where gangsters reign supreme…….continue

In April this year, Mr. Ibori was sentenced to 13 years in prison for using UK financial institutions to launder hundreds of millions of pound sterling he stole from public funds in Delta State. The looted funds enabled Mr. Ibori, his family and mistress to live lavish lifestyles that included purchase of private jets, luxurious cars and to own plush homes as well as apartments in some of the swankiest areas in London. Mr. Ibori is expected to serve at least seven years in the UK since he received credit for his detention in the United Arab Emirates as well as the UK prior to his trial.

The US Department of Justice recently restrained assets belonging to the former governor in Texas and Massachusetts. A US attorney told SaharaReporters that the action means that Mr. Ibori is in legal trouble in the US whenever he serves out his prison term in the UK.

One of Mr. Ibori’s lawyers, Bhadresh Gohil, his wife, Theresa Nkoyo, sister, Christine Ibori-Ibie, and mistress, Udoamaka Okoronkwo were all sentenced to prison terms for aiding and abetting the former governor in his money laundering activities.

Meanwhile, several sources in Abuja and Asaba, the Delta State capital, have told SaharaReporters that Mr. Ibori has now perfected plans to reclaim the $15 million with which he tried, but failed, to bribe Nuhu Ribadu, the former chairman of the Economic and Financial Crimes Commission (EFCC).

The Delta State government, led by Ibori’s cousin and money laundering accomplice, Emmanuel Uduaghan, recently stepped forward to claim the $15 million bribe which has been deposited at the Central Bank of Nigeria for several years.

Several sources had told SaharaReporters that Mr. Ibori frowned at the state government’s move, worried that an open admission that he gave the bribe would complicate things for him.

However, Saharareporters further learnt yesterday that the Attorney General of the Federation, Mohammed Adoke, who initiated a lawsuit in which the federal government sought to take over the money from the Central Bank, had struck a deal with Delta State Governor to enable Mr. Ibori to ultimately reclaim the money. The deal was communicated to Ibori to calm him down.

Our sources revealed that claims by Mr. Ibori’s associates which will be planted in several Nigerian blogs to the effect that the cash was not intended as a bribe were part of a series of complex schemes to clear the way for Mr. Ibori to reclaim the money.

“Adoke and the Delta State government are now on the same page and working in tandem,” said one source. He added, “Once the state government obtains a court order awarding the cash to Delta, Chief Ibori will get a Delta State high court to rule that the money was not a bribe but Ibori’s contribution for an undisclosed political purpose. The state court will argue that the former governor was never convicted for any crimes in Nigeria, and order the state to return the cash to its rightful owner, Chief Ibori. The state government will quickly comply.”
Another source close to Mr. Adoke told SaharaReporters that the country’s attorney general and Minister for Justice has rubberstamped the deal, after officials of Delta State and associates of Mr. Ibori promised him a cut of the $15 million.
The source added that it was Mr. Adoke who came up with the legal scheme to enable Mr. Ibori to eventually take possession of the seized funds. He reportedly stated that since a Nigerian court presided over by Justice Marcel Awokulehin had dismissed all money laundering and corruption charges against Mr. Ibori, it would be easy for a Delta State court to rule that it was “impossible to accuse Chief Ibori of stealing from Delta State to bribe Ribadu.”
A leader of an activist political group in Delta State told SaharaReporters that his group had heard rumors about the planned deal between Mr. Ibori, the state government and Mr. Adoke. “I can tell you that we are vigilant and will resist any attempt to hand back money Ibori stole to the man to enjoy when he comes out of jail. We plan to take him to court again in Nigeria to explain what he did with our people’s money,” said the source.
Source: Sahara Reporters 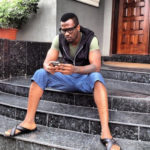