If you haven’t read about Wunmi, do so HERE.
Yesterday 15th September 2012, a huge break in the case was made. According to very reliable sources, who sent me the voice note(which I would upload as soon as I can covert to MP3), Wunmi was indeed killed by a guy she was dating whom she didn’t know was an ARMED ROBBER.
After the news of Wunmi Adebayo’s death broke, the police started their investigations, which led to the arrest of her alledged boyfriend, who was remanded at The elewe eran police station in Abeokuta, but it doesnt end there. The family, I’m told decided to investigate the death of their daughter themselves, and invoked wunmi’s spirit( a common practice in many parts of Nigeria, particularly where the circumstances surrounding the death of a person is suspicious. When this is done, the killer is then tormented by the spirit of the the deceased until he or she confesses.)in other to find out how, and why she was killed….continue reading

After being continuously tormented, the alledged boyfriend is said to have confessed to the murder this morning. According to the confession of the robber, Wunmi came to his house unannounced and just barged in. When she entered, she met him and his friends drinking and making merry with guns on the table. On seeing this, Wunmi was shocked, scared and tried to run, but was caught. She was then forced at gun point to go back inside by the guy and his friends. On getting back inside the house, they beat her, raped her, then shot her in other to cover their dark secret. The boyfriend, then shot himself as well, in other to set an alibi for him self and build the “robbery story” which is currently been circulated today. Since Wunmi is no more to tell her story, he thought he would have easily gotten away with the murder, and no one will discover the true nature of what really happened.

The voice note that was sent to me was majorly spoken in Yoruba, read the translations below:

“What happened was they invoked the girl’s spirit. So they said the guy confessed this morning, and said what happened. He said that when Wunmi came his house(Wunmi thought the guy was a yahoo guy, but he was actually an armed robber), and entered, Wunmi saw guns. The guy and his friends put guns on the table, and were drinking alcohol. So as Wunmi barged in, and saw the situation, she ran out. As she ran out, they said followed her, and threatened her to go back into the house else they would shoot her. Out of fear, Wunmi obliged, and followed them back into the house. When she entered back into the house, they then beat her, raped her, and shot her. That is what really happened.”

This is the new turn of events in Wunmi Adebayo’s story, and I would keep you posted should more details unfold.From all indication, Wunmi was indeed a victim of circumstance. May her gentle soul rest in peace. NB: I will include the voice note as soon as I can convert to MP3. 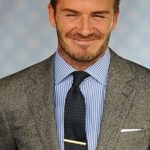