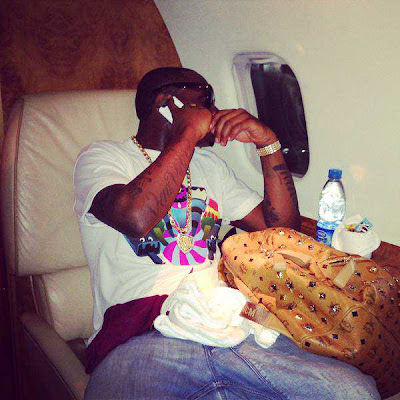 It is no longer news that Davido is a teen superstar in his own right and neither is it news that his father is a billionaire and supports his music. But what you may not know is Davido’s father, Dr Deji Adeleke, is so interested in his son’s music career that he will do whatever it takes to ensure the popstar honours his contract obligation with show promoters/organizers.

If you can remember 27th December, was the much anticipated day for the annual Koko concert in Eko Atlantic City Lagos, organized by Dbanj and Davido was billed to perform there alongside other superstars. But it was a tricky situation for the young singer because he also had a show billed for the same night in Accra Ghana – he had to perform at both shows only if the venues were in the same city.

Enter Dr Adeleke. To save his son the stress of long queues, security and flight schedules and even delays associated with commercial flights, Davido’s father leased a private jet, for his last son so he could easily perform in two different countries in one night.

And this piece of information was revealed by none other than friend of the Adelekes and renowned publisher/journalist, Dr Dele Momodu, in a tweet. He wrote: “Dele Momodu Ovation @DeleMomodu Davido’ Dad Dr Adeleke is a gentleman. Davido is performing in Accra tonite & he wants his son to play at Koko concert. He provided a jet!”