A BROAD-BASED portal tagged, Google Trader, an online marketplace designed by Google to drive the web forward in Nigeria, has been invaded by fraudsters thereby making the medium a dangerous zone to search for what one wants.

Essentially, the site is planned to provide opportunities for Nigerians to buy and sell goods and services online.

Launched in 2010 to be used by anyone in Nigeria to search for products, services, jobs, accommodation, etc., it was expected to have the biggest uptake in major towns and cities across the country.

Individuals can post short adverts, to buy and sell items and services, whilst businesses of any size can also use the site to reach more customers and increase their sales.

But a recent visit to the Internet location revealed that many of the goods and services advertised there are done by criminal elements out to dupe innocent people of their hard-earned money through the method popularly known as advance fee fraud, or 419 (in Nigeria).

Upon visiting the site, The Guardian was attracted to an offer for sale of some home appliances at unbelievably low prices.

When a call was put through to the cell-phone number of the seller displayed on the site, the recipient, who gave his name as Wale David, said the items were being auctioned at the Nigeria Customs’ Warehouse at Seme border, to empty the congested warehouse in December.

The said David provided some cell phone numbers, which he directed the reporter to call, to speak with the customs officers in charge of the auction, saying that he (David) was a casual sales attendant there.

When contacted, one of the supposed customs officers, who gave his name as Benjamin Kola, and who confirmed that he is actually a customs officer, listed how a customer could buy items at the warehouse.

According to him, to purchase any of the items requires that an interested person should pay a token refundable deposit into the bank account of the customs officer and then come with the deposit slip as evidence of commitment to buy the products.

When the bank slip is presented to the security men at the gate of the Customs location at Seme border, the customer will be allowed entrance to the warehouse, to physically view the products.

“And if satisfied with the condition of the brand new products, he (customer) can then go back to the bank to complete the payment before taking delivery of the items,” said Kola.

He gave the assurance that whoever purchases goods at the warehouse “will be issued Customs clearance documents and assisted with a Customs official vehicle to deliver the products at the purchaser’s home or office, to avoid ‘stop and check’ at the various checkpoints mounted by government agencies on the way.”

Desirous of verifying the authenticity of the offer, The Guardian took a trip to the Customs warehouse at Seme Town.

But the Customs public relations officer, Mr. Earnest Oloittah, who was visibly surprised at the revelation, refuted the claim.

Though the Customs Area Comptroller in charge of the Seme Border Zone was not around to authorise him to speak to on the matter, Oloittah, nonetheless, said there was no clearance sales at the moment and that the organisation could only embark on auction sales of seized goods after duly obtaining the authority of a law court.

He conducted the reporter round the Customs location at the border, showing him the two big buildings, which serve as the warehouses.

The buildings were under lock and key, and from the look of the place, there was no sign of any activity going on there.

The Officer in Charge of the warehouses also confirmed that there was no sale of any sort going on there, adding that any time there is clearance sales, no officer of the Customs is allowed to collect money from people on behalf of the organisation for goods to be purchased.

“All payments for such goods are made directly into the Customs account at designated banks,” the officer said.

It was discovered at Seme Town that several people, who had made payments to fraudsters, have been coming to take delivery of the goods but only to discover that they had been swindled.

Not letting the ‘fake Customs officer’ into the visit to the Seme border, a call was put through to him, requesting that he should send his bank account number to enable the reporter to pay some amount into it, as a commitment payment for the items intended to be bought at the Customs warehouse.

When his attention was drawn to the difference in his original name, Benjamin Kola and now Asemota Godstime in the bank account he wanted the money to be paid, the ‘Customs officer’ explained that Asemota was his big boss in the Customs Service and the only person officially authorised to receive money on behalf of the organisation.

A visit to a branch of Ecobank Plc in Lagos confirmed the authenticity of the account but the bank’s Customer Service Desk declined to give details about the owner’s address and his references, saying that such information could only be given to the Central Bank of Nigeria (CBN) or any other authorised government agency.

However, informed that some money had been paid into his account, ‘Custom officer’ Benjamin Kola (Asemota Godstime) said he had not received the ‘alert’ even as he wanted to know the number on payment teller, which was read to him. He was guaranteed that the ‘alert’ would come, as the bank’s server was down when the said money was paid in.

The Guardian’s repeated visits to the Google Trader’s site, and phone calls to randomly selected sellers of goods on display, revealed that they always demand initial commitment deposit to be lodged into their accounts, thereby making the place a thriving source of doing 419 business.

But to protect itself and safeguard members of the public from being victims of fraudsters through the medium, Google has provided a feedback channel under any displayed products/services in the portal, which can be used to send back to Google customers’ experiences in dealing with the owners of the advertised items. 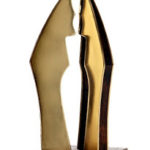 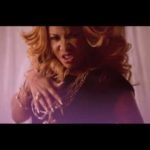