Ifeanyi Ejiofor, one of the lawyers representing the leader of the Indigenous People of Biafra (IPOB), Nnamdi Kanu, has visited the IPOB leader in the custody of the Department of State Services (DSS) on Thursday. 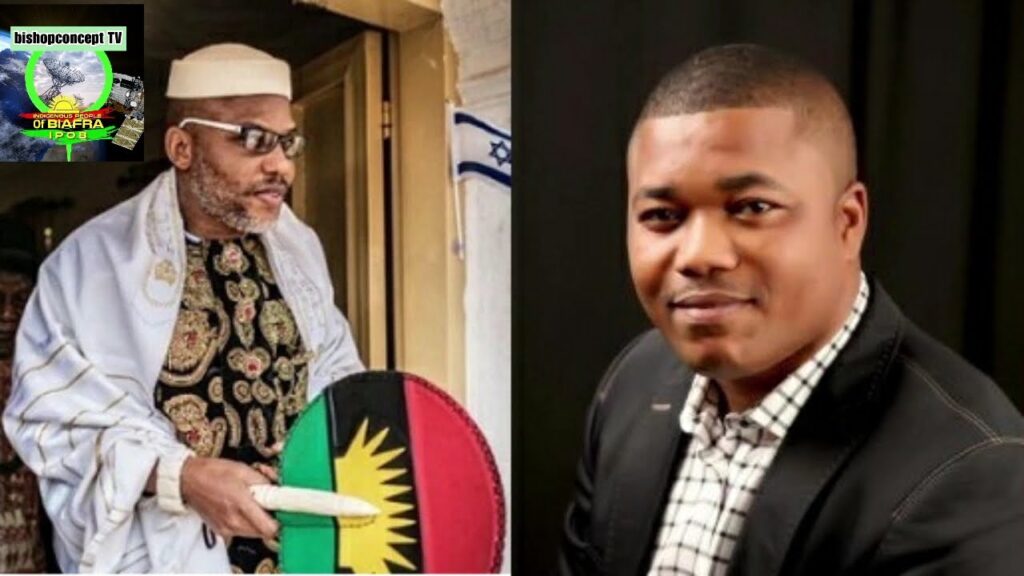 Ejiofor visited Kanu in DSS custody on Thursday, the same day President Buhari had a town hall meeting with South-East leaders during his one-day official visit to Imo State.

During the visit, Buhari wondered why some Igbo men are clamouring for separation when they have successful businesses across the country.

The President said it’s “unthinkable for Igbos to leave the country” because the people of the South-East are fundamental to Nigeria’s growth and economy.

In an update about the Thursday visit, Nnamdi Kanu’s lawyer said the DSS operatives who treated them inhumanely in recent weeks, were different during the latest visit to the IPOB leader.

Ejiofor said the IPOB leader, who was elated to see his younger brother, Prince Emmanuel Kanu during the visit, was thankful to his supporters for their resoluteness.

READ:  Confusion As Pretty Lady Loses Her Sanity After A Car Dropped Her Off In Delta State [Video]

“I visited our indefatigable Client, Onyendu Mazi Nnamdi Kanu in the company of his younger brother- Prince Emmanuel Kanu (Fine Boy), in apparent compliance with the guidelines for our routine visits.

“Our Client- Onyendu Mazi Nnamdi Kanu has always been in good spirit and his conviction has remained unwavered.

“We had far reaching discussions that pertained to our professional services, and family concerns which were all addressed.

“We are amazed and impressed by the resoluteness of his millions of supporters and lovers of freedom. He is indeed, lacking in words to convey the depth of his gratitude and appreciation to you all.

“I am glad to inform millions of our supporters, well-wishers and Umuchineke, that following the outrage that greeted the despicable manner in which we were treated in the past weeks during these routine visits, the officials of the State Security Service (also called DSS) have made a volteface.

“We cannot hesitate to alert the world should there be any further change in their methodology, any day any time.

“Our Client- Onyendu Mazi Nnamdi Kanu was very much impressed with the level of progress so far recorded by the legal team ably led by my humble self, and other people of good conscience.

“Other details that may interest you further, shall remain private, as details of our legal strategy have been agreed to remain private.

“We are assured that there is light at the end of the tunnel. Never you lack focus but intensify your prayers for our dear Client-Mazi Nnamdi Kanu and all of us in the legal team.

“Forward ever and backward never, until victory is achieved. We are winning. Thank you and remain blessed, Umuchineke,” Ejiofor said.

KanyiDaily recalls that last week, Nnamdi Kanu’s lawyer claimed they were “practically stripped naked” during their visit to the IPOB leader in DSS detention.