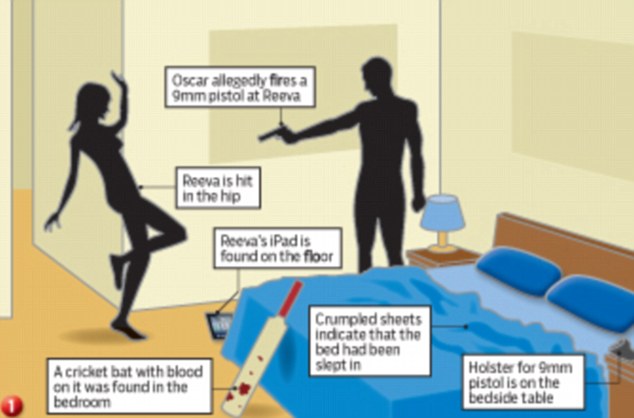 The mystery of Reeva Steenkamp’s final moments deepened after they were depicted in a controversial ‘cartoon’ strip in South Africa.
Police investigating the killing of Oscar Pistorius’ girlfriend are now focusing on her iPad after it was found on the bedroom floor – and his possible use of steroid drugs.
The bizarre images suggest the model was shot in the hip in Pistorius’ bedroom before being attacked and seeking refuge in the bathroom, sitting on the toilet seat….The second part of the cartoon when you continue. 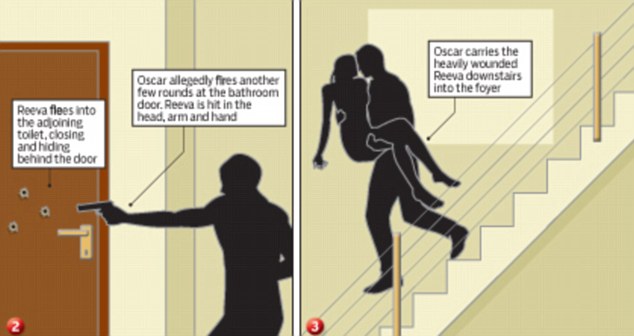 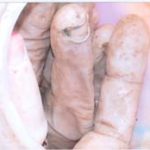