UPDATE 2; Nollywood actor Segun Arinze was at the airport and witnessed the incident. 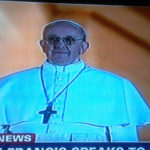 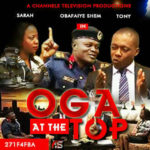