Culled from Punch
EARLY reports of military operations in the three North-East states under emergency rule, on Thursday, indicated that Nigerian soldiers had recaptured three of the local government areas where insurgents had been in control in northern Borno.
The names of the recaptured councils could not be confirmed out of the lot in possession of the violent Islamic sect, Boko Haram. The areas where the insurgents were said to have been in total control before the military operation launched on Thursday were Marte, Magumeri, Mobbar, Gubio, Guzamala, Abadamin, Kukawa, Kaga, Nganzai and Monguno.
Also, the troops reportedly invaded and took over a training camp of the violent Islamic sect, Boko Haram, known as Sambisa on the outskirts of Maiduguri, the Borno State capital, in the early hours of Thursday.
Borno as well as Adamawa and Yobe states fell under emergency rule by presidential proclamation on Tuesday.
President Goodluck Jonathan said all efforts to bring the violence in the area under control had failed hence the need to use force to force insurgents out of the states, especially Borno where the President said insurgents had taken control of the northern part.
A soldier who spoke to one of our  correspondents from Maiduguri, on the condition of anonymity, said, “We have succeeded in taking over Sambisa Games Reserve, which the sect had been using as its camp. Scores of people found in the camp were arrested.
“We will interrogate them and those who are not members of the sect will be set free. The operation is being carried out in such a way that there is no harassment. The innocent should not be afraid.”
The source however declined to comment on the number of casualties already recorded and the number of persons arrested.
The PUNCH learnt that troops on Thursday shut down almost half of the state as they attacked suspected Boko Haram enclaves.
A man who spoke to one of our correspondents on the telephone from Maiduguri narrated that the military operation in the city had disrupted normal life.
He said the number of roadblocks had increased and that “farmers are no longer going to the farm, only a few traders are venturing out to the market.
“Shop owners who sell provisions are finding it difficult to replenish their stock.”
The source further explained that even residents of Maiduguri, considered safe were living in fear.
This, he explained, was because they feared that the insurgents could sneak into town. The Boko Haram insurgency began in Maiduguri in 2009 and Borno State is seen as the operational base of the sect that has killed at least 2,500 persons in attacks on military and police facilities, drinking joints, worship houses and markets.
Director of Defence Information, Brig.- Gen. Chris Olukolade, said in a telephone interview with one of our correspondents that more troops had been deployed in Borno, Adamawa and Yobe.
He declined to comment on the number of troops that were billed to participate in the major military operations planned to flush out the insurgents from the area.
Olukolade said that it was not strategic to disclose the number of soldiers or security personnel that would be used for the operation.
“All I can say is that more soldiers have been deployed today; that I can confirm to you. On the issue of the numbers that are being quoted, they are not from the DHQ. We are not quoting any number.
“The operation is continuing satisfactorily. Details will be made available to the public at the appropriate time.”
Another source in the besieged area said, “We now have more soldiers and weapons than I have ever seen in my life. Although some of them are moving towards the north, some are remaining here in Maiduguri.
“I have no idea what is going on in places like Bama, Marte, Magumeri, and Monguno where the Boko Haram people have taken control of some towns and villages. But movement in-and-out of these areas has been restricted.”
The Nigerian Army on Thursday announced an indefinite dusk-to-dawn curfew in Adamawa State.
Public Relations Officer of 23rd Brigade of the Nigerian Army, Yola, Lt. Ja’afaru Nuhu, in a statement on Thursday said the curfew would be between 6 pm and 6 am until further notice.
He said, “Sequel to the Presidential declaration of state of emergency in Borno, Yobe and Adamawa states by the President and Commander-in-Chief of the armed Forces of the Federal Republic of Nigeria, President Goodluck Jonathan, a 6pm to 6am curfew has been imposed on Adamawa State.
“All law-abiding citizens are advised to abide by the curfew,” the statement said.
There are reports that business and other activities are going on as usual in Yola in spite of the heavy deployment of soldiers and policemen in strategic places.
The BBC reports on Thursday indicated that mobile phone networks were not functioning in many parts of North-East states, though the reporter said it was not clear if the situation was related to the current military offensive.
The insurgents had previously attacked mobile phone masts in the area in an effort to disrupt communications.
The State Commissioner for Information, Mr. Inuwa Bwala, and the Director of Press, Mallam Isa Gusau, could not be reached as of the time of this report. 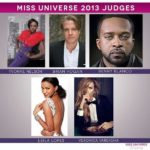