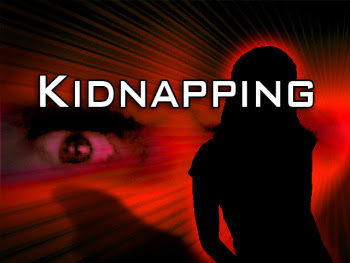 Men suspected to be kidnappers yesterday morning stormed Obasanjo farms in Mfamosong, Akamkpa Local Government Area of Cross River State and kidnapped two Asians said to be staff of the Oil Palm Estate.
Saturday Vanguard gathered that the kidnappers who were said to have stormed the farm in a taxi shot sporadically to scare away people around the farm and immediately kidnapped the two persons and took them to a waiting boat near the seaside.
A source who spoke to Saturday Vanguard on condition of anonymity narrated that, “Today in Mfamosong, kidnappers came and kidnapped two white men inside the company premises.
“They came in a taxi to a farm that used to belong to former president Obasanjo but has been sold out to a Chinese company. The kidnappers drove inside the premises of the company shooting sporadically and abducted two white men into their taxi and drove straight to the waterside where they put them in a speed boat and left with them,” he stated.
Also speaking to Saturday Vanguard, a member of the community said that the kidnappers were yet to make demands and that the victims are from Indonesia and Malaysia.
He said, “It was in the morning around 7:30 – 8am when the two persons were kidnapped. There was no security at the farm that morning. The security operates only at night, not the daytime.”
He said that the place where the incident took place belong to Akwa Ikot Effanga and Mfamasong and that the suspected kidnappers must have come from that Akwa Ikot Effanga side.
“They came with a small car and left with a flying boat, the driver of the car hid in the waiting car and there was nobody to pursue them. They were shooting in the air, they came with a taxi, went inside the premises kidnapped the people and dashed inside the river” he said.
He said that the victims are staff of the Obasanjo farm and that it has been taken over by Wilma, a Chinese company, adding that the duo whose names are yet to be made known always go to the farm every day and have a camp at Mfamasong after Anighieje.
When the State Police Public Relations Officer, Mr. John Umoh, a Deputy Superintendent of Police was contacted he said he did not have any record of kidnap case.
He said, “I am not aware of that report. Let me call you latter; let me get in touch with the DPO there.”
However, the PPRO did not call again and even efforts made to hear from him again did not yield any result as he neither picked nor replied the calls.
SOURCE: Vanguard 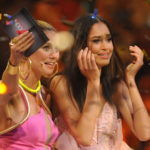