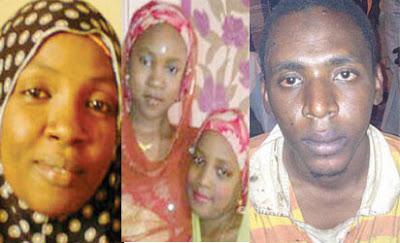 Residents of Gusau metropolis in Zamfara State were shocked recently after the swollen corpse of one of their neighbours and two of her daughters were found dumped inside a nearby dam in the area. More shocking was the suspicion that mother and daughters were killed by their on blood, 25-year-old Kamal Yusuf Aliyu. The suspect who is presently in police net has reportedly given reasons why he killed his mother and younger sisters.
Narrating the circumstances that led to the ugly incident, the Police Public Relations Officer in Zamfara State, DSP Lawal Abdullahi said that the command started by investigating a case of criminal conspiracy, armed robbery and culpable homicide initially reported by a good Samaritan as a case of sudden and unnatural death (SUD).
According to him, “The good Samaritan, on May 29, 2013 had reported to the Police that a female corpse was sighted floating in the water Board Dam in Gusau metropolis, Zamfara State. When the corpse was removed to Federal Medical Center, Gusau for postmortem examination, deep cuts and injuries were discovered all over the body of the corpse. A case of Culpable Homicide was being established.
In the afternoon of May 30 2013, relations of the deceased came to Gusau Central Police Station and reported a case of missing person. Their relation, Hajiya Hafsat, was not seen for the past 48 hours, and that her mobile phone was not going through. They were taken to the Public Mortuary where they identified the said corpse as their missing sister.
A Police team led by the Divisional Police Officer (DPO) went to the house of the deceased but met it under lock and key. It was forced open and on entry, blood stains were seen all over the room. Her clothes, money and valuables were ransacked by the perpetrators.
The deceased’s car was not seen in the house, but her son’s car was seen inside the compound with blood stains. The car booth was searched and pillow cases, bed sheets soaked with blood were recovered. The discovery reaffirmed Police’s suspicion on a case of culpable homicide coupled with the testimony of the deceased relations that her son who is now the prime suspect has been threatening to kill her if she fails to give him money.
The relations also reported to the Police that, two of the deceased little daughters aged between 11 and 9 years, living together in the same house, were equally not seen. The Police now suspected that the assailants may have killed the two girls and dumped their bodies in the water where the mother’s body was recovered. The Police then went to the river side where the first corpse was recovered. Fortunately, the two corpses were recovered, one with cuts all over her body while the other was slaughtered,”
Police also informed Crime Guard that the prime suspect, Kamal Yusuf Aliyu (25), who is the deceased biological son, has been out of school because of his bad habit and following Police investigation, the prime suspect was arrested in Kaduna with his mother’s (deceased) car.
Some valuables and cash belonging to the deceased were also recovered. It was learnt that Kamal has confessed to the Police and has mentioned the names of his accomplices as Armaya’u Yusuf, 24, and Caleb Humphrey, 25. Both are in police custody.
The Zamfara State Commissioner of Police, Akilu Usman Gwary has assured members of the public that no stone would be left unturned to fish out the remaining culprits that were at large soonest. “The suspect’s action is unfortunate and highly barbaric and definitely they will face the full wrath of the law,” the CP said 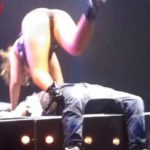 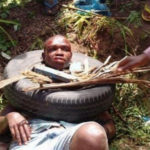