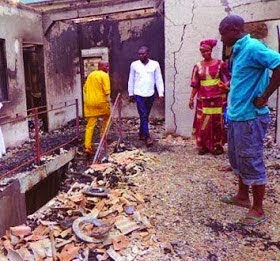 Spotted this at Vanguard! This woman is heartless! how can you plan to elope with another man, yet when you husband got wind of your plans and decided to marry a new wife, you decided the best thing was for you both to die?
Sorrow engulfed the Umuodo community of Itu, Ezinihitte Local Government Area of Imo State, weekend, when a man and his wife were burnt to death. The childless couple, Mr Ngozi Chilekezi and his wife Patience alias Oil, had lived together as husband and wife for about 12 years before the tragedy.On entering the room, his wife poured fuel on him, lit a match and held him tightly to ensure that he did no escape from the evil plot,”
While some claimed that cans of fuel stored in the house suddenly went up in flames, others said the woman in an attempt kill her husband and escape with her boyfriend, poured fuel all around the house before inviting her husband home for a chat and lit a match that engulfed the building.
Unconfirmed reports had it that the late wife allegedly planned to elope with another man but the plot leaked to her husband, who confronted the strange man said to be a native of Umuezeala, Itu, a neighbouring village.It was gathered that because of the development, her husband started making plans to take another wife.
The later story gained currency when it was confirmed that the husband, who was badly burnt at the time he was rushed to a nearby hospital, was able to narrate what happened to his relations.
The villagers quoted Chilekezi, who later died at the hospital, as revealing that he was invited last Saturday into their living room by his wife at about 1.30pm for a chat.The villager equally told Vanguard that Chilekezi, a relatively comfortable automobile technician, managed to extricate himself from his wife’s grip and ran out of the burning house and was taken to a nearby hospital for medical attention.
The dying man also told his relations that his wife was equally trapped in the burning house but before people could get back to the house, the woman was burnt beyond recognition. 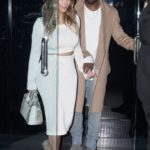