During a press conference Yesterday August 29th, Rivers State Commissioner for Health, Dr. Samson Parker revealed the identity of the ECOWAS official who escaped to Port Harcourt with the deadly Ebola Virus and also the name of the doctor who secretly treated him and died on friday.

The name of the doctor is  Dr. Iyke Samuel Enemuo and the ECOWAS diplomat is Oluibukun Koye.

Mr Olu Ibukun made contact with Liberian Patrick Sawyer and escaped to port harcourt knowing fully well he had Ebola virus.  Hr contacted Dr Enemuo and the doctor was also aware of the virus before treating him.

He (Koye) had received the late Dr. Patrick Sawyer in Lagos. Upon developing the symptom, he confided in a female colleague, called Lillian, who contacted the late Dr. Enemuo. It was after contact was established with Dr. Enemuo that Oluibukun Koye flew to Port Harcourt to see Dr. Enemuo

To conceal his movement, Koye, who had been under surveillance with other people for having primary contact with the late Dr. Sawyer, the Liberian-American who transmuted the Ebola virus into Nigeria, sneaked out of the isolation unit where he was being observed and took a flight to Port Harcourt and switched off his phone so that he could not be reached or traced should he answer a call.

When Mr Koye got to Port Harcourt, he contacted Dr Enemuo who took him to a hotel and secretly treated him.  When he got better, he returned to the isolation center in Lagos but was given a clean bill of health and told to go. He didn’t mention that he had been treated for ebola.

Well few days ago, Doctor Enemuo became sick and was taken to Green Hart Hospital at Evo Road, GRA Phase 2, Port Harcourt.  and while at the hospital Doctor Enemuo did not disclose that he had been in contact with an Ebola victim.

It was only when he got the news that Doctor Enemuo is dead that Mr Koye revealed he had Ebola and the doctor treated him.

Meanwhile Doctor Enemuo’s wife is seriously sick and showing symptoms of Ebola virus. She’s was brought to Lagos and currently at the isolation center.

I seriously suggest this Doctor Enemuo should be jailed in death and Mr Koye should also be jailed cos this is an act of wickedness. 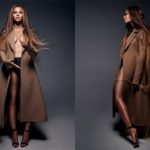