The ruling means gays can be married in all 50 states, including Georgia where gay marriage is banned, AND that the gays will be allowed to sue counties that refuse to issue marriage licenses based on religious beliefs.

Gay divorces will also be recognized in states where gay marriage laws are not on the books.
The ruling also opens the doors for gay rights supporters to pressure lawmakers to revoke the non-profit status of churches that refuse to marry gay couples.

Members of the Black pastors coalition and other Christian pastors announced this week that, in the event of the Supreme Court ruling in favor or same-sex marriage, they will be prepared for “massive civil disobedience.”

“If they rule for same-sex marriage, then we’re going to do the same thing we did for the civil rights movement. We will not obey an unjust law,” said Rev. Bill Owens, president and founder of the Coalition of African-American Pastors (CAAP).

“The politicians and the courts have tried to take God out of this country,” he added. “This country was founded on Godly principles. We will not stand back and be silenced.”

“We stand today to put America on notice that we will not obey an unjust law,” he continued. “Most gospel preachers will not obey such a decision.”

Owens accused militant gays of “hijacking the original civil rights movement” because they want “special rights,” not the civil rights.

“We wanted equal rights in the original civil rights movement I was part of. They want special rights,” he continued. “Before this is over, it will take civil disobedience. We will not set aside our religious beliefs over this. We will urge Christians to massively disobey any law that invades our religious freedom.”

Owens accused President Obama of overriding the will of the people, Obama campaigned on an anti-gay marriage platform in 2008. It is rumored that Obama is bisexual.

“President Obama overrode the will of the people,” Owens said. “The people voted for marriage between a man and a woman. Our votes were stolen from us.”

“Millions of people in this country will not stand by and see our civil rights violated, our right to religion, our right to worship,” he continued. “We will go to jail – I see it coming.”

Rev. David Welch, executive director of the Pastor’s Council in Houston, Texas, said, “To me the essence of the issue is that marriage was not created by the state, and it cannot be redefined by the state.”

“The bottom line is that if the Court should attempt to unilaterally force same-sex marriage on the states,” he explained, “then what they essentially are doing is running the risk of filling the jails with pastors around the country who will be forced to comply with this against their convictions, and stand – as Martin Luther and Martin Luther King did – to stand to do whatever is necessary to follow our faith.”

“If it comes down to declining to perform same-sex weddings, that we will be charged with a civil or criminal penalty, then we will accept the penalty,” he added. “But this isn’t just about the wedding ceremony itself. This is a core, fundamental issue of our First Amendment freedom that the Court is toying with right now. Either we have the right of freedom of conscience and religion and the freedom to practice it, or we don’t.”

Gay militants are anxious to file civil rights complaints against churches that refuse to allow gay marriages that are now a apart of the U.S. Constitution.

Such complaints will likely result in black churches, Muslim Mosques and Jewish synagogues losing their non-profit status and being shut down.

Obama once said churches would never be forced to marry gays. But he also famously said “If you like your health insurance plan, you can keep it.”

Today’s U.S. Supreme Court decision could signal the end of organized religion in the United States of America. 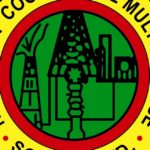 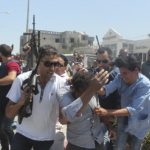