Search
Menu
Search
Kim Jong claims to have a developed a single drug which is capable of preventing and curing diseases such as Aids SARS and Ebola.

Yes – an internationally condemned bloodthirsty despot claims to have emerged as an unlikely medical savour. Right.

Inevitably, there’s little to back this bold claim up – but the official Korean Central News Agency has said that the cheese-loving dictator’s scientists developed miracle pill Kumdang-2 from ingredients including gingseng.

The pill is said to be responsible for preventing and curing diseases such as Aids, Ebola, Sars and Mers.

And perhaps even more astonishing is the claim that the same drug cured lethal bird flu epidemics in 2006 and 2013.

The claim comes at a time when South Korea is battling an outbreak of Mers – a deadly respiratory disease that has killed two dozen people. At present, there is no vaccine for the disease, and we’re somehow sceptical that a shady dictatorship has provided the answer.

READ ALSO
A Hostel At Redeem University On Fire. 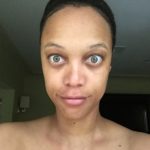 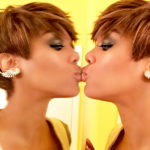