Menu
Though it may not be everyone’s idea of haute cuisine, but Indonesians are flocking to witness the latest lavatorial trend – a toilet-themed cafe, “Jamban Cafe” where customers sit on upright toilets around a table where food is served in two squat latrines. 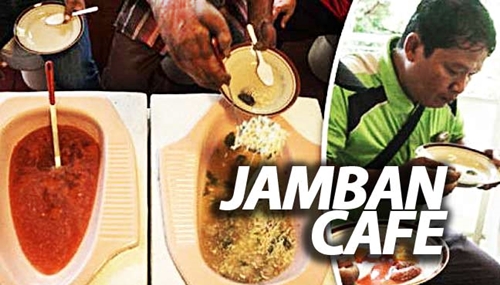 A 27-year-old customer who visited the toilet-themed cafe located in Semarang on Java island in the traditional Indonesia, said; “I was disgusted at first, but I eventually ate some of the food out of curiosity. I think the idea is pretty interesting because if you try to have a campaign without a gimmick like this, the information won’t stick,” he said.

Another 15-year-old customer, Annisa Dhea, conceded she initially found the toilet treats “a bit unappealing” but felt somewhat reassured after “the owner told me that the food was clean and hygienic”. 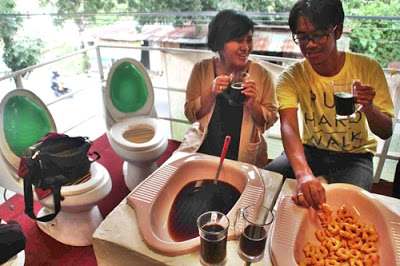 The cafe whose name “Jamban” means toilet in Indonesian, has been open since April and currently only welcomes small groups who book ahead. 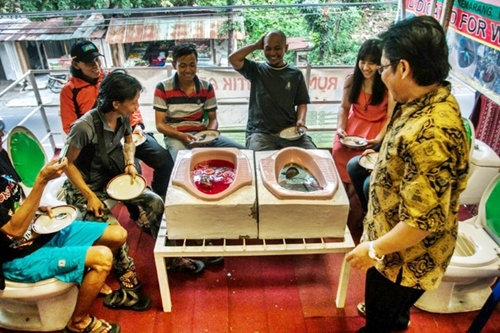 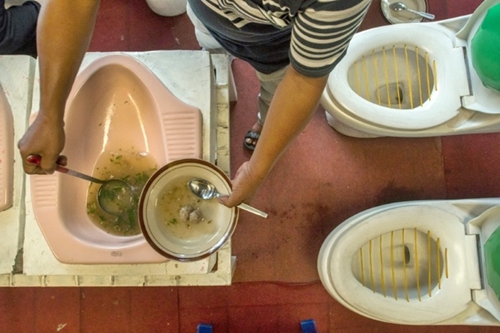 52-year-old Budi Laksono, a public health expert who owns the cafe and used to work for the local government, said;

“This cafe serves as a reminder that many people in Indonesia still do not have toilets. Many critics say the cafe is inappropriate and against Islamic law,” 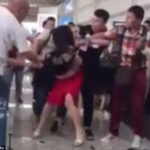 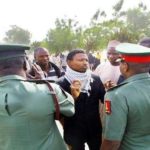