Menu
The General Officer Commanding the Nigerian Army’s 1st Division, Adeniyi Oyebade, a major general, authorized last December’s military operation that massacred at least 347 members of the Shi’a Muslim group in Zaria, and should be prosecuted, a judicial commission of inquiry into the killings, has said in its final report. 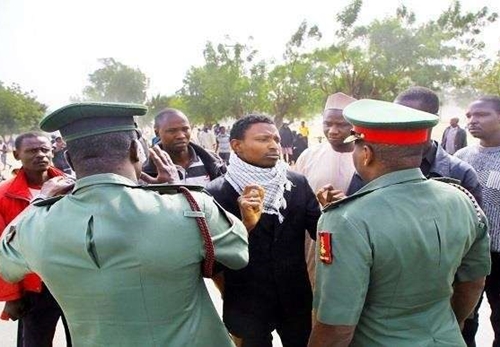 The commission of inquiry, set up by the Kaduna State government, indicted Mr. Oyebade and other senior army officers for the attack, Premium Times can authoritatively report.

The panel’s report was submitted to Gov. Nasir el-Rufai on Friday, but its details are yet to be made public.

The killings drew worldwide condemnations, and several investigative reports said hundreds of people were killed by government troops and secretly buried in a mass grave in Zaria, Kaduna State.

The Shi’a Islamic movement said it lost more than a thousand members in the attack that took place between December 12 and 14 at its headquarters in Zaria.

A representative of the Kaduna State government told the commission of inquiry that 347 bodies were handed over by the army for a secret mass burial.

But despite the evidence, the army claimed it killed only seven Shiites who blocked a public road and attempted to assassinate its chief, Tukur Buratai, a lieutenant general.

It said troops only used force after it became clear that Mr. Buratai’s life was in danger.

The leader of the Shi’a group, Ibrahim El-Zakzaky, who was arrested by soldiers during the operation, has remained in custody seven months after.

The attacks were never condemned by the army hierarchy or the Muhammadu Buhari administration.

After his initial silence, Mr. Buhari later suggested during a televised interview on December 30 that the victims invited the wrath of the military upon themselves by “hitting the chest of generals”.

The report neither apportioned any blame to the federal government nor the army leadership, headed by Mr. Buratai.

Still, its details provide a glimpse into what was clearly a deadly use of disproportionate military force in quelling a civil unrest. The report confirmed that by any measure, the killings took place at a horrific scale.
Shooting through the blockade

The panel said it was able to confirm the death of 349 people, including a soldier. But it made clear it lacked the cooperation of military officials to establish the actual number of those killed.

The commission of inquiry listed culpable actors for civil or criminal prosecution and suggested ways of preventing similar incidents in future.

A copy of the report, exclusively obtained by Premium Times, said the GOC of the Army’s 1st Division, Kaduna, Mr. Oyebade, deployed soldiers to carry out such a large scale operation without recourse to the chain of command.

It recommends that Mr. Oyebade and other yet-to-be-disclosed officers who participated in the operation “should be brought to trial before a court of competent jurisdiction”.

The report, which contains 101 pages of correspondences and exhibits, starts with a recap of what transpired on December 12, 2015.

It said the Chief of Army Staff, Mr. Buratai, left Dutse, Jigawa State, at about 11:30 a.m for Zaria, where he was invited to be the reviewing officer at the passing out parade of the 73 Regular Recruits Intake of the Nigerian Army Depot.

Mr. Buratai and his entourage arrived at the Hussainiyya Baqiyyatillah shrine of the Shi’a group along Sokoto Road, Zaria, around 2:20 p.m.

There, the report said, he encountered members of the Islamic Movement of Nigeria in their hundreds.

A memo submitted by the Nigerian Army said the individuals were armed with “dangerous weapons”.

In a testimony to the commission, an officer in Mr. Buratai’s security detail, said after all entreaties to the protesters to leave the road failed, they decided to “shoot their way through the blockade” to prevent their principal from being attacked.

The next day, the report said, Mr. Oyebade deployed troops to the shrine to arrest the leaders of the Shi’a group, which resulted in the killings.

The panel said it established that the invasion of the IMN compound was carried out strictly on Mr. Oyebade’s order and without any rules of engagement, an action the commission said was at variance with the provisions of the Armed Forces Act, 1994, and the 1999 Constitution, both of which vested such authorities strictly in the president of the federal republic.

“There was no evidence that there was the requisite delegation by the president to the officer who issued oral order for the deployment of the officers and men of the Nigerian Army for the cordon and search operation,” the report said.

The commission rebuked military officers for refusing to give useful information that could have helped it reach a more detailed conclusion, hinting that the number of those killed could have been far higher than 349.

“All the officers who testified were not forthcoming in providing full disclosure on the number of the dead, wounded and missing persons,” the report said.

Similarly, the medical examiner in charge of the bodies kept at Nigerian Army medical facility in Kaduna also withheld support for the judicial panel.

“It is unfortunate that the medical officer in charge of the Nigerian Army Depot Health Centre who took custody of some of the corpses was not forthcoming in giving evidence that would have enabled the commission to ascertain the actual number of people killed,” the report said. “The officer said he didn’t even ascertain the gender of both the adult and children corpses that were deposited in his medical centre.”

The report said the refusal of the Shi’a group, IMN, to appear and give testimony during its sittings, did not help the process in confirming the actual number of casualties.

“Had IMN submitted a memo and appeared before the commission, it might have been able to shed light on the number of their members who might have lost their lives in the clashes.”

The commission was unable to determine the causes of death of the deceased victims owing to the mass burial conducted by the state without any autopsy, the report found.

The panel said the burial of all corpses of male and female Muslims in one grave violated Islamic traditions and other relevant burial laws of Kaduna State and Rule 115 of the Geneva Convention.

The commission found members of the IMN culpable in the death of an army officer, Dan Yakubu, a corporal, and recommended that those found culpable in the killing of the officer should be prosecuted.

Still, in a damning verdict, the panel said the force deployed by the army against the Shi’ites was “disproportionate”.

“The Nigerian Army should intensify efforts in ensuring compliance with the rules of engagement and other legal standards in cordon and search operations at all times.”

The report also recommended that soldiers should never be deployed against civilians and that the police should be better equipped for adequate response to public disturbances. 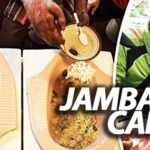 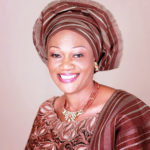