Menu
She’s got 99 problems and photoshopping is surely one of them! BeYawnSay has been accused severally of altering her photos before posting them online.

And now Twitter fans are yet again slamming her for photoshopping the racy selfies she posted on her Tumblr page, while wearing a leotard printed with the words “99 problems but my a$$ ain’t one”.

According to Buzzfeed, there is something fishy about how the curtains behind Bey’s hips curve inward. The distortion is usually the byproduct of an image altering app, suggesting some tightening could have occurred in a post production processing of the photo.

Back in September Queen Bey was accused of Photoshopping a thigh gap into snaps of her on a yacht for her birthday celebrations. 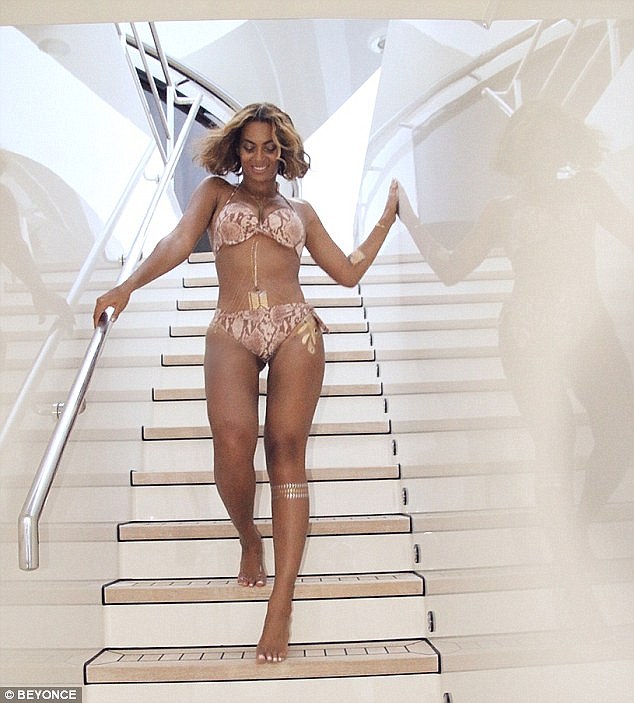 And in yet another instance she was accused of a similar image altering for a photo of her playing golf in a bikini in April of this year.
At the time, Beyonce’s golfing image sent Twitter fans into an outrage, with one fan writing:

‘really @Beyonce? we all love your thick thighs. NO reason to photoshop a thigh gap in there..’

Another Twitter follower, under the handle Jessica Wakeman, commented:

‘With her money, Beyoncé should be able to pay someone who is better at Photoshop.’ 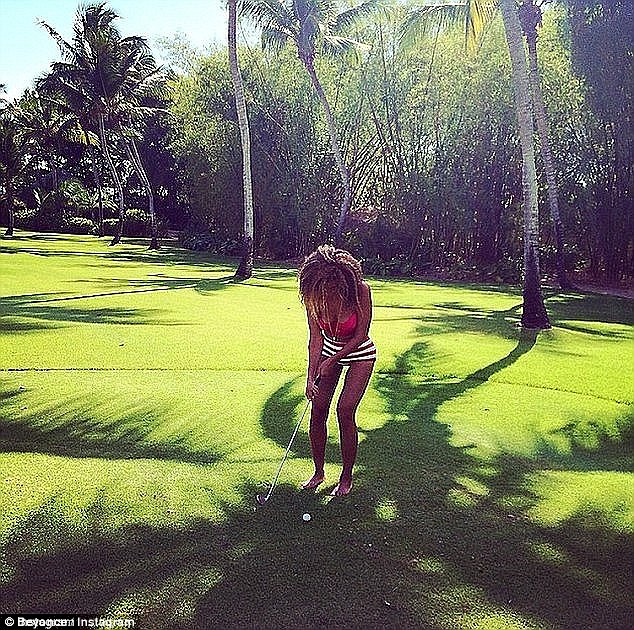 What do you think? Does the pictures look photoshopped?
RELATED: Did Beyonce Photoshop Her Thighs To Acquire Thigh Gap?