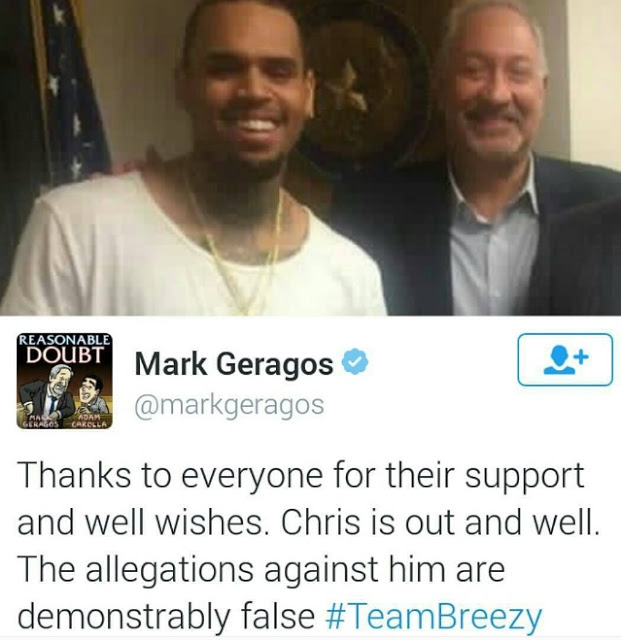 Chris Brown has been released on $250,000 bail after he was booked on charges of assault with a deadly weapon, following an hours-long standoff between the singer and officers at his Los Angeles home, police said.

“Thanks to everyone for their support and well wishes. Chris is out and well. The allegations against him are demonstrably false.”

Brown was released at 11:19 p.m. on $250,000 bail. He is scheduled to be arraigned on Sept. 20 at the Clara Shortridge Foltz Criminal Justice Center, jail records show.

Officers responded to the property northwest of Los Angeles around 3 a.m. following a 911 call from a woman requesting help. The woman who made the call from outside the Tarzana residence told authorities Brown pointed a gun at her. She was later identified as Miss California beauty queen, Baylee Curran 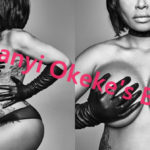 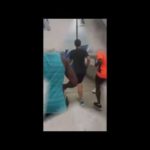