Menu
A former Group Managing Director of the Nigerian National Petroleum Corporation has allegedly run out as EFCC intensifies its fight on corruption. 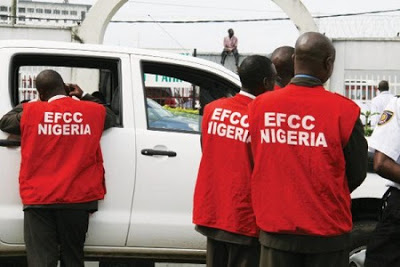 The former DG of NNPC who was linked to an alleged $1.6 billion money laundering and oil deals involving former Petroleum Resources Minister Mrs Diezani Alison-Madueke is nowhere to be found in Nigeria.

According to The Nation, the Economic and Financial Crimes Commission (EFCC) is currently looking for him for interrogation over the matter.

The man is believed to have sneaked out of the country since he could not be located in all his Nigerian addresses.

Also, 50 workers of the corporation are undergoing internal probe for an alleged N15billion retail outlets fraud.

NNPC management has sought legal advice on whether to hand them over to the EFCC.

The Nation reports that the EFCC has sought NNPC’s help in locating the former GMD for interaction on some aspects of the ongoing probe of Mrs Alison-Madueke.

But, in its response to EFCC’s letter, NNPC said it could not locate its former helmsman.

It was learnt that the former GMD might have gone abroad to rest.

A top source, who spoke in confidence, said: “The former GMD is needed to assist the EFCC in respect of some transactions relating to the tenure of the ex-Minister of Petroleum Resources.

“The NNPC has not been able to locate its former boss who might have gone abroad. His address overseas was yet to be located.

“We are hopeful that the ex-GMD will be honourable enough to make himself available for interaction with our team of investigators.

“Alternatively, we will look for him wherever he is.”

Apart from alleged money laundering of about $1.6billion with some businessmen, the ex-Minister is under probe also for a $115million poll bribery scam and for allegedly owning a property in Abuja worth $18 million.

The National Crime Agency (NCA) in the United Kingdom on October 2, 2015 quizzed Mrs. Alison-Madueke in London for alleged bribery and corruption.

Apart from restricting her movement to London (a Westminster Magistrate’s Court) on Marylebone Road approved the seizure of $41,000 (£27,000) cash from her.

Although she might face trial in the UK, no date has been fixed for her arraignment.

Among the 50 Retail Services Unit officials facing internal investigation are in the unit who have been recalled by NNPC. The others are two hitherto sacked workers and 46 others.

It was learnt that preliminary findings have established that all the 50 workers have a case to answer on the diverted N15billion.

But the management of NNPC is yet to decide on whether to hand them over to the EFCC or subject the fraud to internal disciplinary measures.

It was gathered that a Group General Manager (GGM) has recommended that all those involved should be taken to EFCC for a thorough investigation.

As at press time, the NNPC management was seeking legal advice on how to resolve the case.

A reliable source said: “The N15billion fraud was committed in NNPC retail outlets nationwide and about 50 staff have been implicated so far.

“Going by the NNPC Act, we have to exhaust internal mechanism of investigating the N15billion fraud before inviting EFCC or any anti-graft agency.

“Since we have our checks and audit control unit, we must have gone far in our auditing process in order to be able to hand over our findings to EFCC. All those involved are presently going through internal investigative procedures. We have even recalled two former Managing Directors of the Retail Services Unit who have retired.

“We are also seeking legal advice on how to manage the detection of the N15billion fraud.” 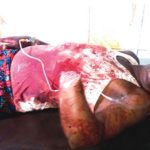 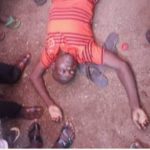