Connect with us
Lagos maintained its position at the Global Liveability index by ranking the third worst city to live in the world, according to the 2016 ranking by the Economist Intelligence Unit released today. 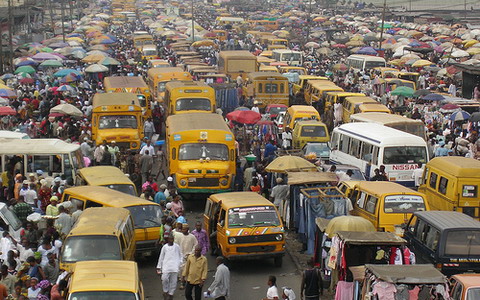 Lagos placed 138th out of the 140 cities ranked in the latest liveability survey, just above war-ravaged Tripoli and Damascus.

“Of the poorer-scoring cities, 13 continue to occupy the very bottom tier of liveability, where ratings fall below 50 percent and most aspects of living are severely restricted,” the report stated.

“Continued threats from groups like Boko Haram acts as a constraint to improving stability in Lagos.”

Escalations in hostilities in Libya prompted a sharp decline in liveability in Tripoli, according to the report, while Damascus, although seeing a stabilisation in its decline remained rooted to the bottom.

The top five best countries to live in, according to the report, remain unchanged from last year and include Melbourne, Australian; Vienna, Austria; Vancouver, Canada; Toronto, Canada; and Calgary, Canada.

The liveability survey assesses which locations around the world provide the best or the worst living conditions across five broad categories – stability, healthcare, culture and environment, education, and infrastructure.

Of the five categories, Lagos scored highest in culture and environment, followed by infrastructure. It scored lowest in stability. Three other African cities joined Lagos at the bottom rung of the liveable cities, with Douala, Cameroon; Harare, Zimbabwe; and Algiers, Algeria; ranking 132nd, 133rd, and 134th respectively.

While no African city made it to the top 10 most liveable cities, five were in the 10 least liveable cities. Steve Ayorinde, the Lagos State Commissioner for Information, could not be reached for comments on Thursday. Phone calls, text messages, and emails were not responded to.

The ranking of Lagos among the least liveable cities of the world come amidst a massive revenue drive and huge infrastructural investment by Governor Akinwunmi Ambode.

The government generated N101.69 billion in the first quarter of 2016, N4.85 billion more than in the same period last year.

Trader Who Named His Dog ”Buhari” Narrates His Experience