Menu
A couple having a nice time got the shock of their lives when a hot liquid substance was thrown at them from their bedroom window. 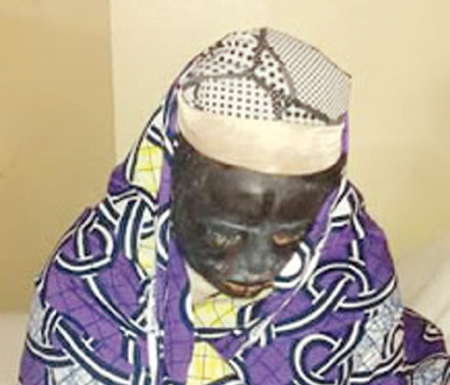 The shocking incident took place at the couple’s house in the Gyadi Gyadi /Karkasara area of Kano.

It was gathered that the unidentified perpetrator fled before neighbours responded to the couple’s distress call.

Although the husband has since been admitted in an undisclosed hospital, it was gathered that the wife, Amina Moses(pictured), was the worst hit. Amina, according to a source, was first admitted in Aminu Kano Specialist Hospital, where she spent some days and was treated.

One of the eyewitnesses who asked not be named said that the closeness of the couple’s bed to the window of their apartment made it easy for their assailant to carry out the dastardly act.

“Amina and her husband called Moses were making love in the evening of the unfortunate day, when they suddenly raised the alarm that someone had poured a liquid substance on them through their window.

“We rushed into their room only to find them in pains. Amina was the one that was badly hit by the liquid substance suspected to be acid. She was treated at the Aminu Kano Specialist Hospital and their assailant has not been apprehended as we speak despite the fact that the matter was reported to the state police command.

“The closeness of their bed to the window made it easy for their attacker to successfully carry out his mission and escape without being apprehended.”

SAD, wishing them a quick recovery,,,,, 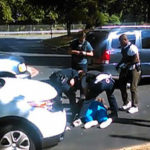 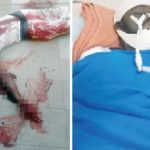