Connect with us
A family and some residents of the Ajeromi White Sand area of Ijora, Lagos were hit with tragedy and thrown into a state of mourning over the weekend, after a 9-year-old boy, Michael Garuba, was electrocuted to death by wires at the frontage of their family house. 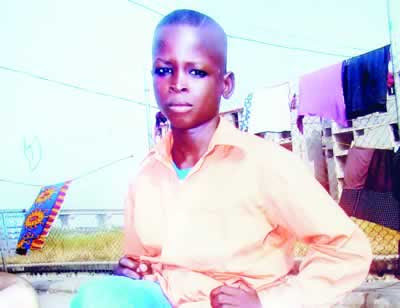 He was said to have held onto the sagged wires to prevent him from falling into the swamp when he was electrocuted.

Speaking to a correspondent, a resident of the area who identified himself only as Daniel, said a passerby, who saw the boy, raised the alarm.

“The boy was on the median when one of his legs slipped. He did not want to fall inside the swamp, so he held onto the wires. Unfortunately, a part of the wires was naked and there was power supply at that time. That was how he was electrocuted.”

The deceased’s father, Isiaq Garba, who described his son’s death as avoidable, said he had planned to relocate the family from the neighbourhood, but for financial constraints.

He said, “This kind of place is not ideal to live in. But things are not easy for me to afford a good apartment. The little I earn is what I use to feed the family and pay his (Michael) school fees and that of his brother. Michael was in primary three.

“This kind of incident is avoidable if the wires are raised. People pay N500 every month to the persons in charge of the electricity here, but they refused to buy more planks to raise the wires. We have informed the Ijora Police Division and they promised to do something about it.”

She said, “On October 16, at about 10.30am, an electric wire allegedly fell on one Michael Garuba of Ajeromi White Sand, Ijora Badia. The victim got electrocuted and died on the spot. The corpse was taken to a morgue while investigation continues.”

Nigerian woman who paid a man £1,000 to pose as her husband sentenced to 18 months in jail