Connect with us
At least 9 people were hurt and over 20 hospitalized when a plane caught fire at O’Hare International Airport today. 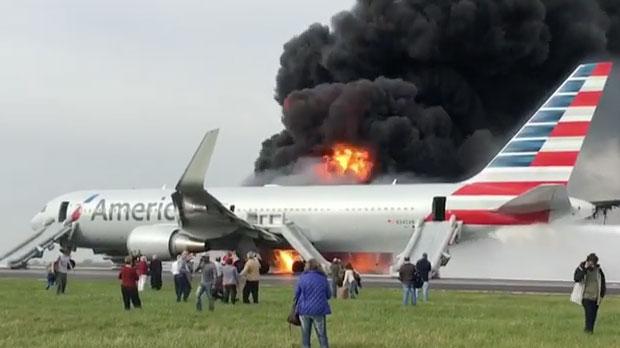 America’s Federal Aviation Administration spokesman,Tony Molinaro,  said American Airlines Flight 383 departed Chicago for Miami on Friday afternoon when it blew a tire and damaged an engine. Mr Molinaro added  the pilot aborted the takeoff and everyone was taken to safety.

One of the passengers, Hector Cardenas, told the Huffington Post the plane was about to take off when he heard an explosion. “Within 10 or 15 seconds, we would have been in the air,” he said.


Another witness, who gave his name as Dave, told ABC news he  saw the incident unfold from a vehicle on the runway.

“I heard this loud explosion. The number two engine on the first officer side was completely engulfed in flames, there was smoke billowing out. 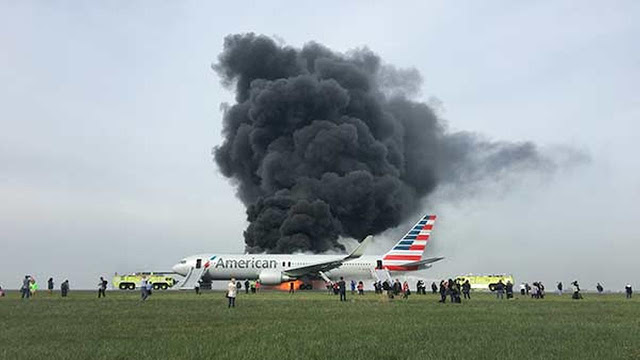 American Airlines said the incident involved Flight 383 bound for Miami that was forced to abort takeoff due to an engine-related mechanical issue. 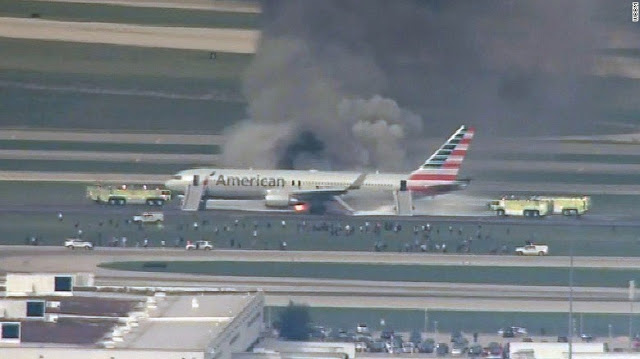 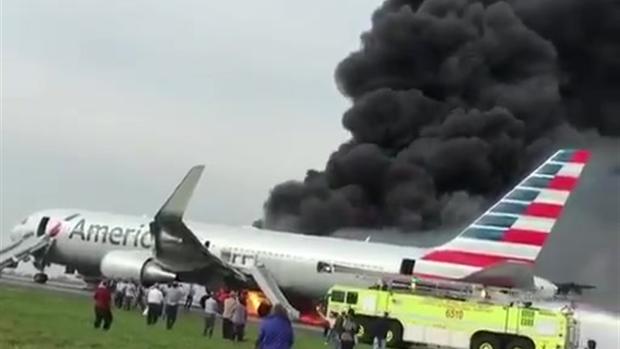 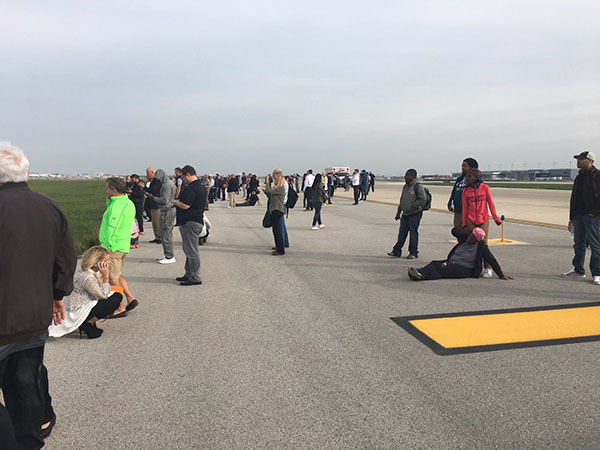 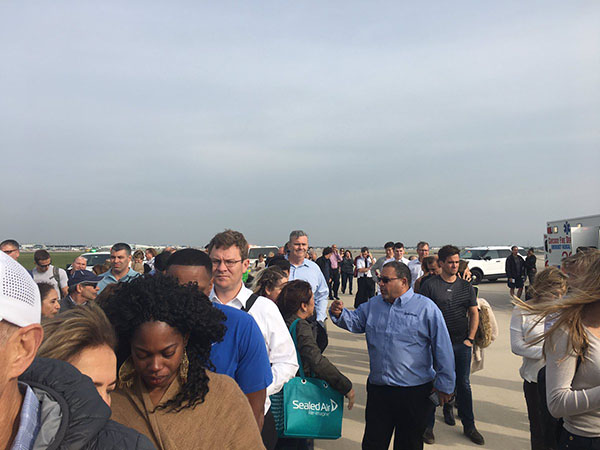 Emergency inflatable slides were deployed. American Airlines said all 161 passengers and 9 crew members were able to evacuate the plane.