Connect with us
A Saudi man shocked his wife, family and friends by divorcing his newly wedded wife just two hours after they got married. 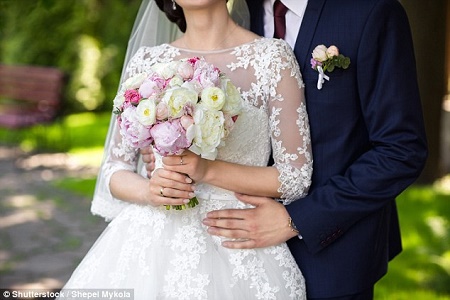 The reason for the man’s decision has left a lot of people stunned. The man said he divorced his newly wed wife because she broke an agreement not to share pictures of the ceremony over Snapchat.

The groom, upon learning that images of the wedding had been sent to female friends of his new wife, immediately filed for divorce.

The agreement not to share pictures or video of the ceremony was apparently a binding one, Saudi press reported.

“There was a prenuptial agreement between my sister and her fiancé that she would not use social-media applications such as Snapchat, Instagram or Twitter to post or send her pictures.

READ:  How Femi Fani Kayode’s Wife And Daughters Slept With Atiku, Obasanjo, I and Others Right Under Feni’s Nose By Shama Maliga

“It was included in the marriage contract and became binding. Regretfully, my sister did not honour the pledge and used Snapchat to share pictures from the wedding ceremony with her female friends, resulting in the shocking decision by the groom to cancel their marriage and call for divorce.”

Earlier this year a Saudi husband divorced his wife hours after their wedding because she was too busy texting her friends to consummate the marriage.

ALSO READ: Man Divorcing His Wife Cos His Tired Of Paying Her Between $100 – $500 Everytime They Have Sex

Man Beheads, Dump Woman’s Head Into A River So He Wont Run Mad