“She is always demanding money and I sometimes give her up to $500.

“She demands money for sex and I pay her $100 per ‘round’. She says if I want to continue, I should give her more,” said Lloyd as he bared his soul after finding sexts between his wife and her boyfriend.

According to NR, Lloyd said his eight-year marriage to Rudo had headed for total collapse on discovering that his wife was having an affair with one Richard Madzodza through steamy sexts.

“Now she is demanding that I buy her a car if I want to have a second child with her,’ he said.

Lloyd said the weird behaviour began when Rudo started coming home late; in the early hours of the morning under the guise of all night prayer vigils.
“She started leaving home around 5pm and staying out the whole night only coming home the next morning around 3am. When I asked her, she would say she would be at an all night prayer but I was never requested to accompany her,’ he said.
Lloyd said his wife always turned violent on him when confronted and ended up beating and insulting him until he went to the police.
He added that his wife is now taking the cough syrup, Broncleer and drugs and her behaviour is far from normal.
Lloyd said he first discovered of his wife’s infidelity when he came across messages between her and one Arnold Dzikiti iin 2014.
“When I discovered their affair, Arnold confessed that he was indeed in love with my wife.
“She apologized and said she would change but is back to her old ways,” he said.

Some of the messages which have convinced Lloyd that his wife is back to her old tricks with her new lover, Richard Madzodza include:
“U kip me going bby it dsnt make sense wen u not here hapana chinoita sense. Come lets Start our family baby come lets take dis journey together empress…
Rudo replied to one of Richard’s messages saying: “luv u hun, u making my days brighter moyo.”
Richard professed ignorance to the fact that Rudo was married.
“She never told me she is married but she told me she was divorced.
“I now realise I wasted my time since ndaitofirirawo. Rudo should not do that. We should not fight since tese takanyeperwa,” he confessed over the phone.
Richard later had someone answering his calls saying it was a wrong number.
Lloyd said his marriage was over and he wanted Rudo to move out.
“She told me she now wants to be married to Richard and she is only staying in the marriage because of our child.
“She once reported me to the police for domestic violence but said if I want the case to be closed, I should give her more money.
“I want to seek a protection order against her because she is refusing to leave the marriage and I do not want to end up getting AIDS because of her promiscuity. I also want to sue Richard for adultery because he has destroyed my family,” he said. 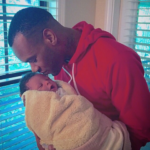 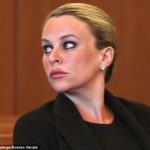