The tennis legend has confirmed that she will not be celebrating her daughter;s first birthday, due to her beliefs as a Jehovah’s Witness. Serena was speaking at a press conference at the US Open when she was asked whether she has thought about she’d be celebrating Olympia’s first birthday. Responding to a reporter asking: ‘Is there a birthday party planned?’, the 36-year-old said: ‘Olympia doesn’t celebrate birthdays. We’re Jehovah’s Witnesses, so we don’t do that.’

It is believed Serena’s husband, Reddit co-founder Alexis Ohanian, is now practicing with his wife, despite not growing up in a religious household.

Jehovah’s Witnesses believe God is the Creator and Supreme Being, and reject the Trinity doctrine. They do not celebrate religious holidays like Christmas and Easter, and do not observe birthdays or national holidays, feeling that many of these customs have pagan origins and do not celebrate God. 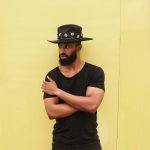 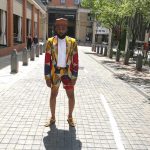