The governor could not be questioned or prosecuted earlier because of the immunity he enjoyed as governor, an immunity that ends today as governor-elect, Dr Kayode Fayemi, is sworn in. He has now  been invited to the headquarters of the EFCC.

The governor will have his long-awaited showdown with the anti-graft agency in Abuja today as he’s the subject of investigations by the agency for financial misconducts. He will be answering to allegations that he received about N1.3bn from the Office of the National Security Adviser, NSA through the then Minister of State for Defence, Senator Musiliu Obanikoro.

Fayose told Punch reporters in Abuja that he’s going to meet the agency with bedclothes and pillowcase in case he’s detained.

“I will be there on Tuesday. I am not begging for any bail. It is up to them. If they want me, they should just give me a bed

“I have done by bed bedclothes, I have done my pillowcase, I have my English and Yoruba bibles.

“I am prepared for them. Nobody should worry about me. Only cowards die many times before their deaths.” 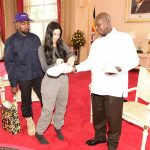 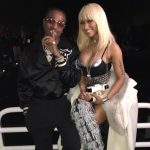