The leader of the Indigenous People of Biafra (IPOB), Nnamdi Kanu, was yesterday spotted praying again at the Wailing Wall in Jerusalem again.

Recall that the Israeli government said there is no evidence that Nnamdi Kanu is their country. They claimed that the pictures and videos showing Nnamdi Kanu praying in Israel could be old. read the report HERE.

Yesterday October 26, 2018, he appeared again in a Facebook Live on the Radio Biafra page.

The video showed Kanu spend several minutes praying at the Wailing Wall before he walked towards the camera and asked the people gathered there: “What’s today’s date?” to which they replied: “26th October.”

Thereafter, Kanu said he will be broadcasting tomorrow. He will be speaking to Biafrans.

He said he would remain in Israel until the day he finally returns to Nigeria.

Stay tuned, we would keep you updated about his broadcast tomorrow.

See photos from the video: 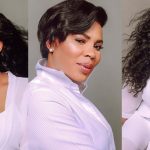 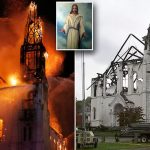