The Atiku Presidential Campaign Organisation (APCO) has described the Minister of Information, Alhaji Lai Muhammed, as the “high priest of the All Progressive Congress (APC) lies.”

This is coming after a recent report allegedly authored by the minister where he stated that the international media had queried the emergence of Atiku over the suspicious source of wealth.

“One curious issue that kept occurring was that anytime I spoke about how we have waged war against corruption, the journalists kept asking me a question.

“They asked me: How can you claim to have succeeded in waging war against corruption, when one of the major contestants in the 2019 general elections is actually a man with stupendous wealth but cannot explain the source of his wealth?.

“That baffled me a lot, because it mean that we are still being perceived as a country where corruption thrives.

“It was difficult for me to explain to them that yes, we are fighting corruption but these are the same people who have put this country where we are today and who are also trying to come back to power.”

In its reaction, APCO said the international media has been excited about Atiku’s emergence.

It also added that Reuters also praised the conservative capitalist ideals of the PDP presidential candidate.

According to ThisDay, APCO said:“How anyone would take the word of a confirmed liar, as Lai Mohammed, for the gospel truth is beyond us.

“How the minister of information of a government that has turned Nigeria into the world headquarters for extreme poverty can say that is beyond imagination. Is Mr. Mohammed claiming that his party promised and delivered poverty and Nigerians are satisfied with this world record poverty?

The group also cited the recent HSBC report that said Nigeria’s economy will suffer if President Buhari is elected in 2019.

“A second term for Mr Buhari however raises the risk of limited economic progress and further fiscal deterioration, prolonging the stagnation of his first term, particularly if there is no move towards completing reform of the exchange rate system or fiscal adjustments that diversify government revenues away from oil.” 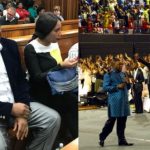 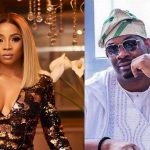