Upon exiting the girl group Fifth Harmony, RnB singer and performer Normani has been on everyone’s lips as she starts her journey as a solo artists with the release of Love Lies – a beautiful chart-topping RnB song with artist Khalid – which was part of the movie Love, Simon and as she begins work on her first studio album which is rumored to have Sam Smith amongst other artistes featured and was featured on the beautiful remixed version of Jessie Reyez’s Bodycount alongside Kehlani. Her latest feature is a lot bigger as It features American artiste Quavo and Nigerian afrobeat superstar Davido.

The song SWING merges all the uniqueness of Quavo’s artistry, Normani’s sultry vocals and Davido’s afropop perfection and equals a perfection that many songs lack. With Quavo adding that contemporary hiphop spice which we’ve come to love and expect from him especially that little ‘skrrt skrrt‘ which acts as a sort of pseudo-echo then Normani’s distinct voice is reminiscent of an early 90s classic RnB singer and our very own Davido, as usual, has us proud! The song is part of Quavo’s debut album Quavo Huncho which has over nineteen songs with features from artists like Cardi B, Drake, Madonna, fellow Migos Offset and Takeoff, Travis Scott and several more. 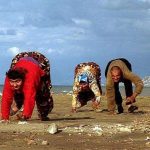 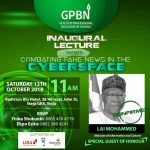