The video which hit 2 million in 48 hours has received loads of negative comments about Tiwa Savage’s appearance. Some of her fans have blasted her on social media and questioned the true relationship between her and Wizkid.

An outrage that made the singer send out a ‘Mind your business’ message, in form of a relationship advice. She wants everyone to know that a relationship doesn’t have to make sense to anyone. Read the report HERE.

Fans still won’t let her breathe so she took to her Insta Story to finally address some of her critics, especially those who said she has no shame because she’s a single mother, has a broken marriage and she’s an old woman.

“SHE NO GET SHAME, BROKEN MARRIAGE, SINGLE MOTHER, OLD WOMAN, IF ANY OF THE ABOVE IS A CRIME THEN TAKE ME TO COURT IF NOT THEN EAT THIS PEPPER STEW I’M SERVING AND DRINK PLENTY WATER CAUSE BY HIS GRACE AND HIS GRACE ALONE I AIN’T STOPPING ANYTIME SOON.” 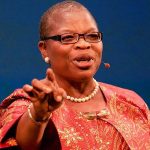 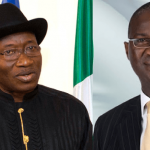