Nollywood actress Tonto Dikeh threatens to expose the dealing of a five-star hotel who have gone out of their way to conceal a Murder that took place in their premises.

The actress made this known through her Instagram page by saying that if things don’t go as planned by the end of the day, she is going to spill a lot.

“Working on a case that breaks my heart and making me lose my appetite. A case of how these luxury hotels in Nigeria would go to cover up evil deeds been done in their premises. I mean even murder? By the end of today, if things don’t settle right, I will be releasing the name of the victim, and crime committed, 5-star hotel involved, a murder plan in works.”

Though I don’t understand what she meant by ‘if things don’t settle the right, she won’t expose them again? Will that not make her become to the crime or guilty by withholding evidence?

Will this be another gist that would be swept under the carpet? In fact, I think the Police should pick her up for questioning already, you cannot go online and post this in a Country where the Law works if you are not ready to talk…THE CRIME MUST BE EXPOSED!!! 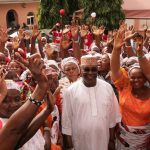 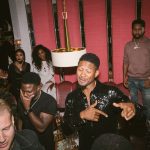