Nigeria this evening booked her spot at the 2019 Africa Cup of Nations after a 1-1 draw against South Africa at the FNB Stadium.

The draw took Nigeria up to 10 points – one ahead of South Africa and three clear off Libya – guaranteeing that the Eagles will return to the continental showpiece having missed the last two editions.

The Eagles who were missing a number of key players including leading scorer Odion Ighalo, scored the first goal after nine minutes when Samuel Kalu burst into the area and forced Buhle Mkhwanazi to divert the ball past Itumeleng Khune and into the back of his own net.

Bafana Bafana got a superb equaliser in the 26th minute after Percy Tau bamboozled the Super Eagles defence before unselfishly squaring the ball to Mohtiba to tap into an empty net.

Ahmed Musa could have done the job following a defence spitting ball from Alex Iwobi with five minutes left to play, but he was wrongly flagged for offside.

In the end, Nigeria won leaving South Africa with the task of avoiding defeat away at Libya on the final matchday. 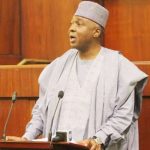 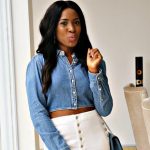