The United Nations Children’s Fund (UNICEF) have stated that more than 13 million Nigerian children are now out of school, the highest number of out of school children in the world.

According to Voice Of America, the UN agency says its latest survey indicates that the population of out of school children in Nigeria has risen from 10.5 million to 13.2 million, the highest in the world.

UNICEF states that most of the affected children are in the northern states of Borno, Yobe, and Adamawa, “where Boko Haram insecurities have disrupted academic activities”.

“Sixty percent of that population are girls only, and you know when you bring it back home, every girl becomes a mother or a woman who would in turn take care of other children. And for a woman who goes to school, it has a ripple effect, an economical ripple effect.

“When she goes to school, she has education, she gets a job, even if she doesn’t have a job… even if it’s just basic secondary school education, she can communicate basic English and Mathematics.”

Apart from the Boko Haram insurgency, UNICEF also found that some cultural beliefs and practices also play a significant role in keeping children of school age in Nigeria out of the classrooms.

“Nigeria’s budgetary spending on education is not enough to quell the widening gap – only seven percent of Nigeria’s $24 billion 2018 budget is earmarked for education.

“And so far, there appear to be no new policies to boost education spending.” 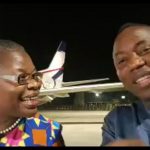 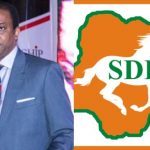